I might have been the only one living under a rock when the critically acclaimed original came out back in 2014, and while I missed out on it, I wasn’t about to miss the opportunity to get my hands on Super Mega Baseball 2. After all, what’s more fun than a low key baseball sim that brings back some sweet Wii Sports memories, minus the exercise?

While there isn’t any story mode to be found, Super Mega Baseball 2 doesn’t feel incomplete without one. In fact, this baseball arcade sim brings a depth to the table that I wasn’t at all expecting. Not only is there a variety that can be found amongst the four different game modes, including a brand new multiplayer mode, but there are a ton of customization options available and that is 100% my jam.

Metalhead Software has addressed one of the biggest complaints of their original game by adding a brand new online multiplayer game mode called Pennant Race, offering head-to-head exhibition matches, tracking your statistics as you play. While it might be a bit difficult to find a match at times, once you get on it’s fun getting your ass kicked, ahem, I mean dominating the baseball diamond.

If you’re looking for something to play offline there are three options: Exhibition, Season and a local Elimination mode. Exhibition mode is quick games usually best used for practice, while Season offers something a bit more substantive. In Season you can create a whole season complete with accurate statistics such as player RBIs. Lastly, the Elimination mode offers both local and online tournaments that can be customized to your heart’s content. And if you’re wondering what’s available in the customization suite, you can create logos, leagues, seasons, teams, and players. There’s so much stuff available that I could probably write a whole other article on the customization options alone, and considering this is a relatively small title, it’s more than a little impressive. 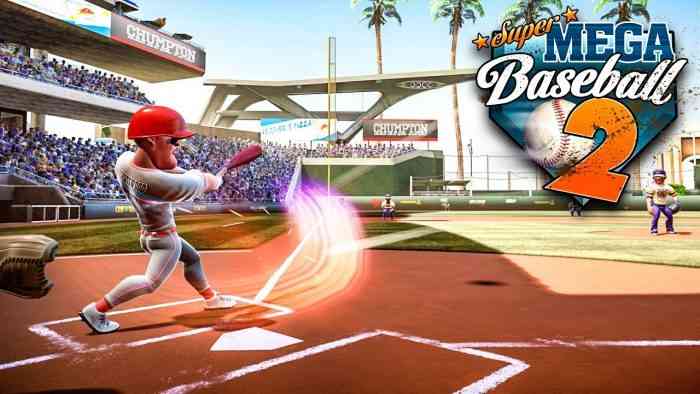 There’s no denying that coming in completely new not only to the Super Mega Baseball franchise but without playing a single baseball video game ever, the controls were a bit of a struggle at first. From a variety of different game mechanics that rely on smooth button transitions, including dives, batting and even pitching, this game isn’t exactly kind to inexperienced players like me. That’s not to say I didn’t get better after the first game tutorial and a bunch of practice, but the controls definitely take some getting used to. Building on that, something to keep in mind is that mastering the timing is as, if not more, important than mastering the controls themselves. From batting to diving, and even throwing the ball between the bases, all of these require quick, well-timed moves for the best results. Once you’ve got a rhythm down pat though the gameplay becomes seamless.

Get Ready for a Deep Dive

If Super Mega Baseball 2 doesn’t sound complicated enough already, there are some things to keep in mind every game that you play: the various game systems. The franchise’s defining trait called Mojo, responsible for boosting or lowering a players abilities, pairs with the injury and fitness systems, adding a lot of the depth I mentioned earlier. Mojo is completely shaped by game performance. When you’re on a roll and making good plays, your player’s stats can increase, and when you get too many strikeouts or you’re in a bit of a slump, your player stats decrease. Interestingly, this usually makes the good games better and the bad ones even worse.

The AI is a massive part of how Super Mega Baseball 2 plays in every game mode except for the online multiplayer. As such, they should act in line with however you’ve programmed the difficulty settings, right? For the most part, this is true. Your AI opponents in offline modes act as they should, based on the difficulty or Ego meter, and your teammates are usually in the right place at the right time. With that said, there are times where the AI will automatically move towards where a pop fly ball should land, however, there’s no way of knowing if you’re in the right spot. Let’s just say it’s more than possible to drop these catches that should be the easiest to grab. Fret not though, as this doesn’t happen too often…maybe just when you may need that last batter out to keep the lead, or to finish the game. Either way, it would have been nice for Metalhead Software to add some sort of shadow or other indicators to negate these frustrating moments. Considering just how big of a role the AI play within this baseball sim it’s hard not to notice flaws like this, minor or otherwise. 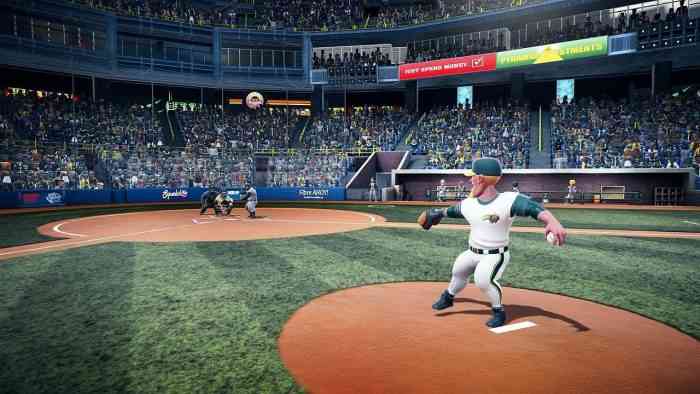 What’s one of the first things you notice when watching a game of baseball? Like most sports games, it’s the noise of course! From over-the-top fans to the bellowing announcers and the music that fills the silence between plays, this is something every sports fan should look forward to. Regrettably, Super Mega Baseball 2 is missing this little extra pizzazz where it shines so bright everywhere else. In fact, the sound has so little impact on the game that it doesn’t make much difference whether your TV volume is on or not. Because the sound lacks the same infectious personality that the rest of the game has in abundance, it’s hard not to notice. On the flip side, however, the graphics are bang on. From eye-popping colors, to the ridiculous Wii-like characters with oversized heads, this baseball sim is almost as fun to look at as it is to play.

With nothing to compare it to, this sequel is more than just a pretty little baseball sim. From the Wii-like characters and its entire eye-popping arcady graphical design to its surprising variety and depth, Super Mega Baseball 2 provides a fun and exciting twist to a sometimes boring and cumbersome sport (sorry baseball fans). Overall, and despite a few relatively small annoyances throughout the game, Super Mega Baseball 2 provides an enjoyable for the entire family! 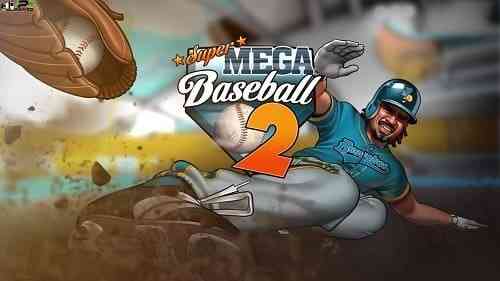