New World just got its 1.1 update, which ultimately fixed a bug that was being taken advantage by its players. Pastor Walsh, who is an elite enemy that players would encounter in Brightwood apparently had a spawning error and would transform into an XP and loot fountain—as long as players got to hit the beast at least once.

Pastor Walsh would spawn immediately after being killed, and players who were able to land a handful of hits on this enemy would be able to get some weapon XP and a high likelihood of picking up any gear that it dropped after meeting its demise. This bug was immediately discovered by New World players and used the spawning error to farm the character for some decent gear. 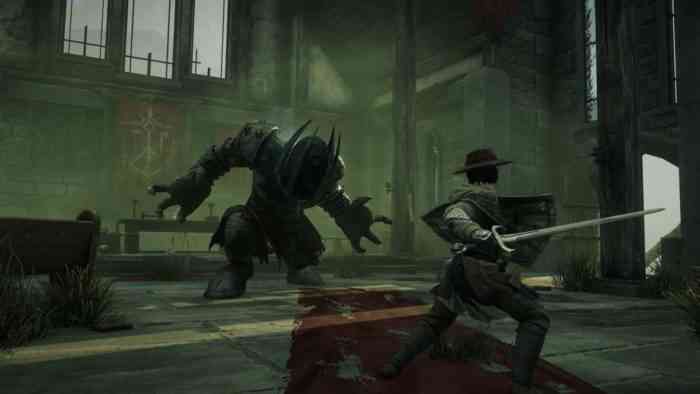 New World’s 1.1 update was released to prepare players for the inevitable arrival of the game’s server transfer system, which, in turn, will assist them in finding their forever-home server after the title’s very busy launch. Devs managed to slip in a spawn fix for the Pastor, removing the beloved error completely.

Pastor Walsh, being a Level 28 elite mob, was never expected by the New World community to drop anything that was extremely game-breaking. However, many players did take advantage of the bug to loot his elite weapon, which is the Pastor’s Boomstick. This particular was a bind on pickup and could not be sold on the New World marketplace. Still, fans have considered it as an excellent weapon for those who want to go down the musket tree.

After New World’s 1.1 update rolled out, the Pastor Walsh killing spree has come to an end. He will still spawn back in less than a minute after he gets killed, but it will no longer be at the ridiculous rate that it previously had.

The game’s elite spawn rate was one of the hurdles that Amazon Games devs had to barrel throug since its first week of release. However, it was an overall relatively smooth launch for New World, as MMOs go.