Certain New World Servers Are Just More Popular Than Others

New World has just had its second day in the market, and its server queues continue to hit the thousands. Multiple players reportedly even had to wait for hours just in order to experience Amazon’s new MMO for themselves.

Since the issue was brought up, Amazon has already added a bunch of New World servers, but the queueing problem still continued. Although there are many servers with little to no players lining up, many New World fans have opted to wait in line for servers where they had originally started or where their guild mates and friends are playing. 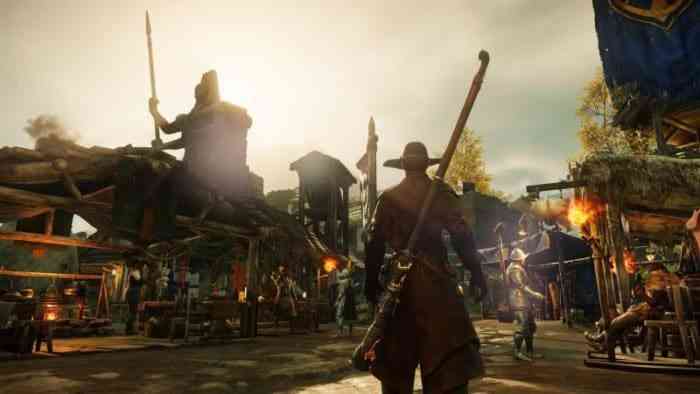 Also, it is worth noting that some servers have become more popular after known game streamers have shared that they are playing in those. Shroud, for instance, has chosen to play in the game’s US West server Celadon. Since his announcement, there have been 823 people in line to enter Celadon at midday local time, even though there are other queue-less server options available. Other New World servers have also been claimed by big MMO guilds and Discord communities, whose fans have pushed the servers well past their player population capacity of 2,000.

Amazon has already announceed that, in addition to continuously adding more servers to New World, they will also be increasing the game’s 2,000-player server cap after the testing period. No information has been provided on what the new capacity is going to be, but they did confirm that the testing is currently in progress and their “priority is resolving long queues.”

“As an update, we are continuing to work on the long queues,” Amazon said. “We are adding new worlds and are performing tests to increase the capacity for all worlds.”

Since its September 28 launch, New World has already peaked at number two on Steam, with a player count of just over 700,000. Despite months of testing and delays prior to its official release, it has become apparent that this massive player count was not something Amazon has prepared for.

Call of Duty: Vanguard Zombies Concludes With The Archon
Next
Return of Destiny 2 Weapon Hints at Major Character Death
Previous
New Horizon Multiplayer Game May Be in the Works