I Sure Do Hope Nothing Wacky Or Uncharacteristic Happens When I Launch This Fresh New MMO!

It’s no secret that launch day is, perhaps, the most important part of a game’s life cycle. It’s when the game has the most eyes, it’s when the game has the biggest influx of players it’ll probably ever see. And what were those fresh faces greeted with when they booted up New World for the first time? Well, apparently even Amazon‘s bottomless wallets couldn’t build up enough server infrastructure to keep things stable. Many players report long wait times just to get in, putting their adventure on hold for who knows how long. 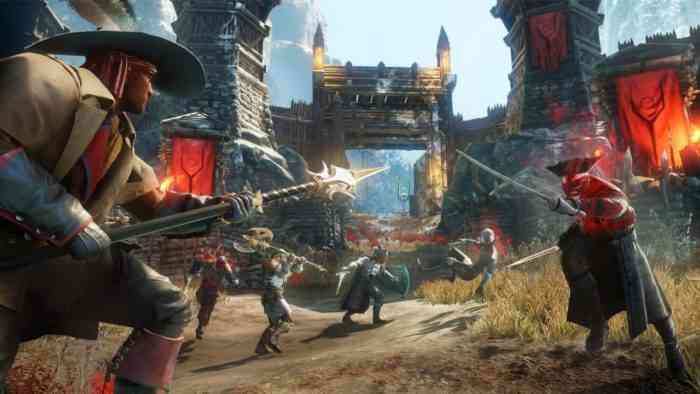 As you may be able to guess, overloaded servers aren’t too hard to spot on the developer’s end. A statement was put out saying: “We understand that some players are experiencing lengthy queue times and we are working hard on a few things to help address these issues. We are continuing to stand up additional servers and will expand the capacity of our existing servers once we have properly tested these changes.”

The statement also brought players a new tool: they’d soon be granted a free way to migrate from one server to another, in order to help players find open spaces.

New World launched with a peak of 700,000 players, solid numbers for an up-and-coming MMO. But since that was pretty far above the game’s initial player cap of 466,000 players, it’s no wonder why so many couldn’t connect. There’s no doubt that this limit will soon be expanded – a company like Amazon is no stranger to having a large consumer base. But until then, if you were planning to dive into New World soon, it might be better to hold off on that. If your choice is to wait in a queue or wait for a patch, I know what I’d pick.