Cassette Beasts, an indie game from Bytten Studio, will be making its way to Xbox Game Pass as a Day One title. The monster-fusing, open-world RPG, once launched, will be allowing its players to collect monsters for turn-based combat. Although this kind of gameplay sounds a bit like Pokemon, Cassette Beasts’ mechanics, as a whole, works a bit differently. 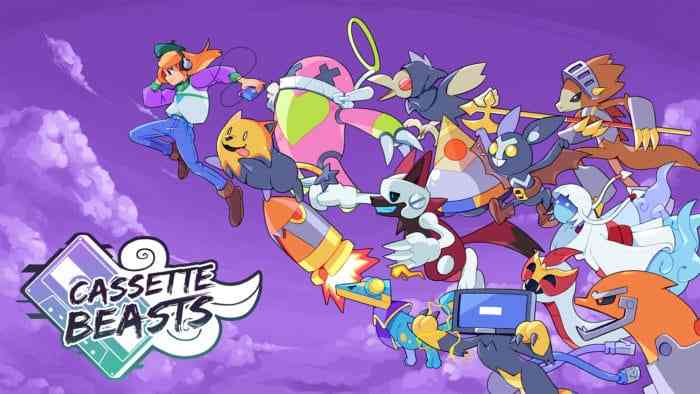 Just like previously mentioned, Cassette Beasts seems to take a bit of a twist from the Pokemon formula, with its main cast recording their caught monsters on cassette tapes. Unlike Pokemon, instead of releasing their creatures to fight against others for the enjoyment of everyone, the tapes can then be used  to fuse into the monster forms—remixing them into more powerful creatures. Any two of the 120 monsters included within the game can be fused together through this method for over 14,000 possible combinations.

Cassette Beasts players will be meeting a diverse cast of characters as they go about in their adventures, and building friendships with them to strengthen in-game relationships. Once a player is transformed, they can then combine their strengths in order to gain the upper hand in battle. Cassette Beasts can do this by fusing to create unique and fully-animated new fusion forms.

The game’s battle system has its players taking advantage of its elemental matching feature in order to maximise the attack power and defense of their beasts. The act of figuring out what the weaknesses of the opponents are is not really new, but combining the power and skill sets of two monsters is very fresh take.

Are you excited for Cassette Beasts? Let us know in the comments below.

Call of Duty: Modern Warfare 2 Has Made It Easier to Spot Targets
Next
Kena: Bridge of Spirits Has Already Recouped Its Development Costs
Previous
Call of Duty: Warzone’s Non-Functioning Ghost Perk Finally Gets a Fix