Vampire: The Masquerade Bloodhunt Heads to PS5 Later This Year

Vampire: The Masquerade – Bloodhunt Is Coming to PS5 With DualSense Features

Vampire: The Masquerade – Bloodhunt will be making its way to PS5 consoles later this year. Sharkmob AB showed off the game’s newest trailer at Sony’s PlayStation Showcase 2021. Although it was confirmed in the preview that the game is coming to PlayStation 5 in 2021, the devs did not provide an exact date on when this is going to happen.

“Ever since we announced Bloodhunt earlier this year, we have been hearing from PlayStation players, asking for a PlayStation version,” said Sharkmob Global Community Manager Jaqub Ajmal. “We are, therefore, incredibly excited to reveal that we are partnering with Sony to bring Bloodhunt to the PS5 later this year.” 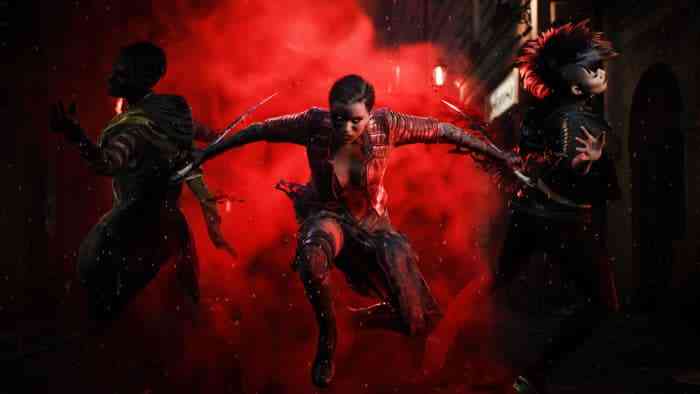 Bloodhunt is a free-to-play battle royale game that is set within the Vampire: The Masquerade universe. Players will be using their supernatural powers, wit, and weapons to dominate the night and restore the masquerade.

At the moment, Vampire: The Masquerade – Bloodhunt can be played on Steam via Early Access. Fortunately for its fans, the game is available for everyone there and players will not need any extra requirements just to be able to experience it. Those who would want to give the title a try may want to head on to Steam while they wait for the game’s official release to PS5.

As stated in the studio’s official statement, “Bloodhunt on PS5 has a performance target of 60fps and will make full use of the DualSense wireless controller.” “You will be able to feel the differences between the caliber of the weapons as the adaptive triggers are planned to have different resistance per weapon,” Ajmal added. “We are also making sure to utilize the full capabilities of 3D audio to immerse the player in the setting.”

With this new 3D audio feature, Vampire: The Masquerade – Bloodhunt players will be given an edge in hunting their prey, “helping to pinpoint where the screams, gunshots, and enemies are coming from.”