Guardians of the Galaxy’s New Trailer Shows off Telepathic Dog

Marvel’s Guardians of the Galaxy will officially be out to the gaming world on October 26th, but Eidos-Montreal has just shared a new trailer for the game ahead of its release. The new footage was revealed during Sony’s PlayStation Showcase 2021 and Marvel fans are now even more excited for when the game is finally launched.

The new Marvel’s Guardians of the Galaxy trailer showed off a group of heroes that, in their iconic fashion, still have relatively bad ideas, albeit good intentions. Also, fans were quick to spot a new character within the footage. The preview showed an adorable golden retriever wearing a space suit that talks.  This dog, Cosmo, happens to be a telepath and is the head of security of Knowhere. 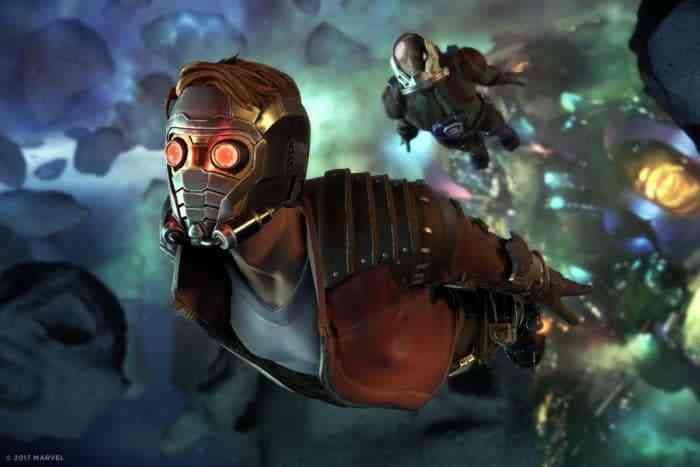 “Keeping Knowhere safe and operating smoothly is not just a job for Cosmo,” said Sacha Ramtohul, the Social Media and Community Manager for Eidos-Montreal. “He feels strongly about his responsibility to the people living in the station.”

All of the Guardians from the franchise are present and accounted for, but “they are going to need a lot of allies along the way.” “This is where Cosmo, one of the really fun characters in our game, gets involved,” Ramtohul added. “He is a dog that is also an extremely powerful telepath, which allowed him to become the head of security of Knowhere.”

“He will help the Guardians on their way to investigate the Church and the source of their power,” Ramtohul continued, pointing out that “the Church is an obvious threat to the safety of Knowhere.”

Marvel’s Guardians of the Galaxy was first officially revealed to the gaming community earlier this year at the all-virtual E3 event. At the said event, Eidos-Montreal showcased the single-player third-person game that allows its players to take on the role of Star-Lord. Although Star-Lord is a famed Marvel household name, the developers gave their own spin to the character. The game will showcase Eidos-Montreal’s own take on the franchise, highlighting influence that was derived from existing lore.