THQ Nordic Is Celebrating Its Tenth Anniversary With Showcases, Sales and Giveaways

THQ Nordic, a subsidiary of the Embracer Group, is a popular video game developer and publisher that has garnered a great reputation and amazing portfolio since its creation in 2011. With games such as Destroy All Humans!, Kingdoms of Amalur: Reckoning, Biomutant, Desperados and more, fans are sure to know about the company and have enjoyed some of its games. As THQ Nordic hits its tenth anniversary, the company has decided to give the fans some love by hosting its first digital showcase. Fans will also be a given a little present for their attendance! 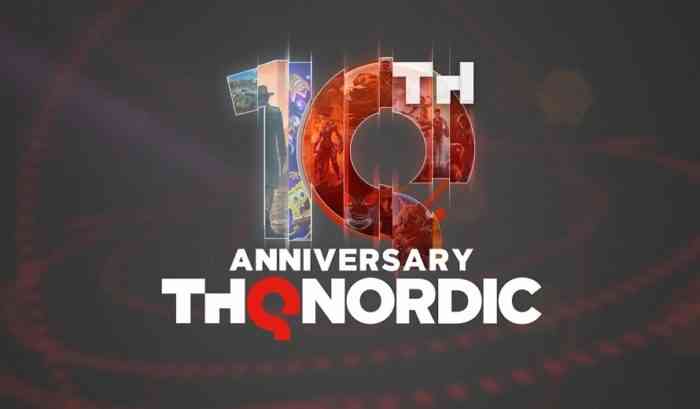 The showcase will take place tomorrow, September 17th at 9 pm CEST / 12:00 PM PST / 8 PM BST / 10 PM MSK. It will be streamed live on Youtube, Twitch and Steam. The showcase will be hosted by Geoff Keighley, who also hosts The Game Awards. During the showcase, fans will be in for a treat as six new game announcements will be made including new, original IPs and some sequels that fans have been begging for.

Viewers will also be shown open world footage of Elex II and the developers of Expedition: Rome will give fans an update on the game’s development progress thus far.

Besides the cool content of the showcase, THQ Nordic will give away two titles for fans to keep! The two games are The Titan Quest Anniversary Edition and Jagged Alliance Gold Edition. From today until September 20th, Desperados III will also be free to play and available at a discounted price.

From 16th September to 23rd September, many THQ Nordic titles will be on sale including Wreckfest, Spongebob Battle For Bikini Bottom and more.

What are your thoughts on THQ Nordic? Have you ever enjoyed one of their games? Will you be tuning into the showcase tomorrow? Let us know in the comments below or on Twitter and Facebook.


Crypto Is Back in New Destroy All Humans 2: Reprobed Trailer