After 11 years, AMC’s The Walking Dead has entered its eleventh and final season. Some fans of the early seasons may have wished it ended sooner, but to shamble on longer than its natural course is the way of the zombie. In time for the final season, Ubisoft’s Brawlhalla has revealed that two new characters from The Walking Dead will be joining the roster of the game.

Series regular characters Negan and Maggie Green will be playable characters starting next week. These characters will be crossover skins for  the sellsword Jaeyun and the unbroken Jhala, respectively. 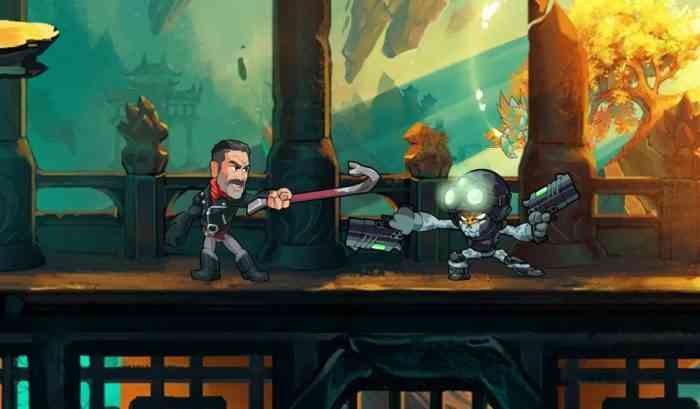 In the reveal trailer, both Maggie and Negan have two weapons they use. Maggie uses a machete and a road sign in place of of Jhala’s sword and battleaxe. Negan uses his iconic barbed bat, Lucille and a crowbar in place of Jaeyun’s greatsword and sword.

Brawlhalla has had many crossovers before, but this will actually be the second time that Brawlhalla has added The Walking Dead characters to the game. Last year, series favorites Michonne, Rick Grimes, and Daryl Dixon were part of a similar crossover event. During this event, the Walker Attack game mode will be featured, where players battle against an endless horde of walkers.

All the event items and the game mode will be available to purchase and play with even after the event has ended, so there is no rush to grab them up. The Walking Dead is currently in its eleventh and final season on AMC. Brawlhalla is free to play on PC, PS4, Xbox One, Nintendo Switch, and mobile devices.

Would you have liked to see other characters from The Walking Dead? Let us know in the comments below.