Pokemon Unite Is Getting Mamoswine on September 29th

Pokemon Unite will be getting yet another massive update on September 29th, and it looks like a new species is joining the game. TiMi Studio confirmed on social media today that Mamoswine, an Ice and Ground type of Pokemon species will be added to the game, alongside a variety of bug fixes.

“Get ready to freeze the competition in their tracks when Mamoswine joins Pokemon Unite on September 29!,” the devs wrote in their announcement. 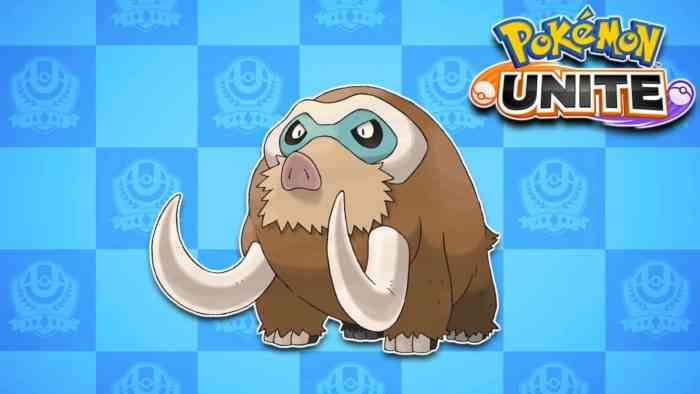 This new Pokemon Unite character was actually revealed with Sylveon a month ago, but devs, at the time time, did not provide any specific release date. There was also no confirmation on whether or not both Mamoswine and Sylveon will be among the game’s playable characters when it launched for mobile consoles on September 22nd—except for a promise that there is “more to share soon.”

Just like Blastoise, who was launched in Pokemon Unite on September 1st, Mamoswine will also be a Defender. Fans of the franchise are expecting that the character will focus on being a Physical Attacker that runs through enemies with its high power Ice and Ground type of attacks.

Unfortunately, despite being previously revealed, there is no word if Sylveon will be launched alongside Mamoswine in Pokemon Unite at this time. Mamoswine, on the other hand, will soon be joining the likes of Pikachu, Lucario, Blissey, Wigglytuff, Charizard, Blastoise, Crustle, Eldegoss, Zeraora, Gardevoir, Talonflame, Greninja, Gengar, Garchomp, Alolan Ninetales, Snorlax, Venusaur, Slowbro, Cramorant, Cinderace, Absol, Machamp, and Mr. Mime.