Pokemon Unite gets one more of its popular characters, Blastoise, starting September 1st. Just like when other species were added, the game got a balance patch, and fans of the franchise are asking for yet another one to be rolled out when Blastoise arrives.

Pokemon Unite has gone through quite a number of patches since its launch, and its community has relatively mixed feelings about how effective those changes have been. Although the list of changes they want is long, the hype for the upcoming arrival of Blastoise may overshadow it, especially since Pokemon fans have long been asking for the said species to be added to the game. 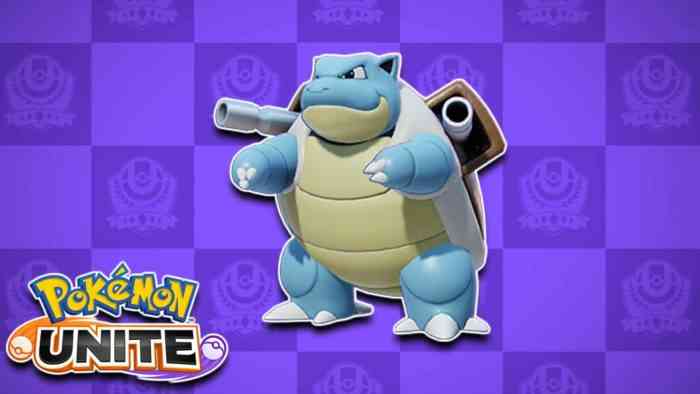 Many lapsed Pokemon fans may return to playing the game once Blastoise has been added, and these are the ones that are loudly demanding for the balance patch. “I just want to hype everyone because chances are high we are getting a new balance patch tomorrow with Blastoise!” wrote one fan. “With Blissey, we got a balance patch, too. And, there is still a lot to fix for them.”

A lot of the complaints of current Pokemon Unite players revolve around the game’s ranked system and matchmaking. Despite constant submission of feedback, these issues have yet to be resolved through any updates.

The fan, however, was quick to add that even if there will be no balance patch, the arrival of the much-awaited fan-favourite Blastoise is enough. “Blastoise will refresh the meta quite a bit,” the fan added.

This argument is not consistent, unfortunately, since Gardevoir was added into the game without a balance patch alongside it. However, if Blastoise’s arrival will, indeed, shake up the meta as much as Blissey said, then Pokemon Unite players will certainly have something new to worry about.

If Nintendo does decide to roll out a balance patch alongside Blastoise, then they could potentially witness a huge increase in the game’s player count in the coming weeks.