F Is For Friends Who Do Stuff Together

It was probably one of the strangest gaming announcements of the year so far (and we’ve had some weird ones) – Nickelodeon All-Star Brawl is an upcoming fighting game in the tradition of Super Smash Bros., starring classic characters from Nickelodeon’s huge library of cartoons. Nickelodeon have been a little bit cagey with exactly who will be making an appearance in the game – but a recent Nintendo eShop posting seems to have revealed some more of the game’s roster of fighters. 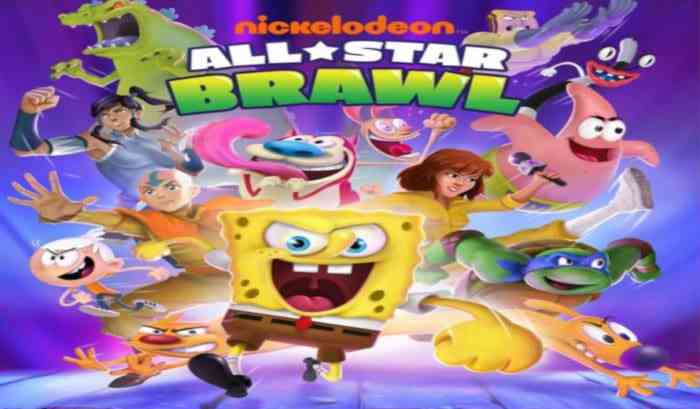 Initially, Nickelodeon released the game’s cover art with most of the characters silhouetted out to hide their identities. however, with the recent Nintendo eShop listing for the game, the full, uncensored art has been revealed, showing off a few more of the fighters that’ll be in the game’s initial release. Characters we speculated about based on the stages we were shown with the game’s announcement like The Last Airbender’s Aang have been confirmed to be present, along with some more surprising inclusions like Ren & Stimpy and Reptar. 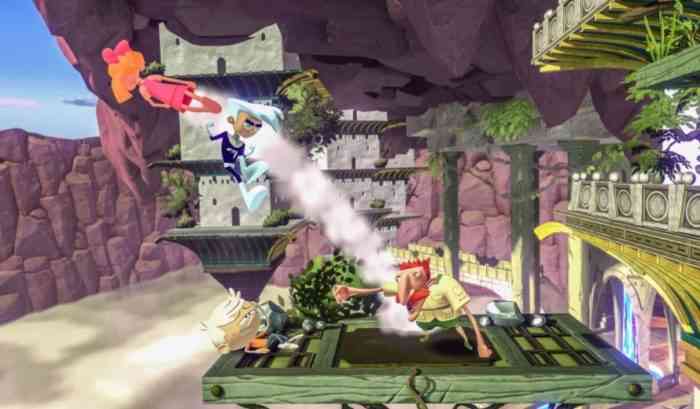 Along with this leak, SpongeBob’s moveset was officially revealed, with one of the game’s developers going a little bit more in-depth with regards to how the gameplay works in comparison to other fighting games: while there’s no Smash-stick or hybrid buttons in the game (i.e. the light attack button will only execute light attacks, and vise versa for the heavy attack button), there is some C-stick functionality. The C-stick has different effects depending on whether you’re on the ground or in the air: in the air it executes a light attack, and on the ground it executes a heavy attack – just like in Smash!

Nickelodeon All-Star Brawl is set to release on PlayStation 4, PlayStation 5, Xbox One, Xbox Series X/S, and Nintendo Switch in fall 2021 – however, given the increased amount of information we’re starting to get trickling through, expect an official release date announcement some time soon!