In its day, the Game Boy Advance was an absolute juggernaut of a console – so successful that its sales eclipsed even the modern king of handheld consoles, the Nintendo Switch, and with a library of games that any console (except maybe the PS2) would be jealous of, the GBA stands as one of the best handheld consoles of all time. It’s been a while since we’ve gotten a fresh release for the GBA (being out of production for more than 10 years will do that), but now a team of indie developers are bringing a new game to the classic console. 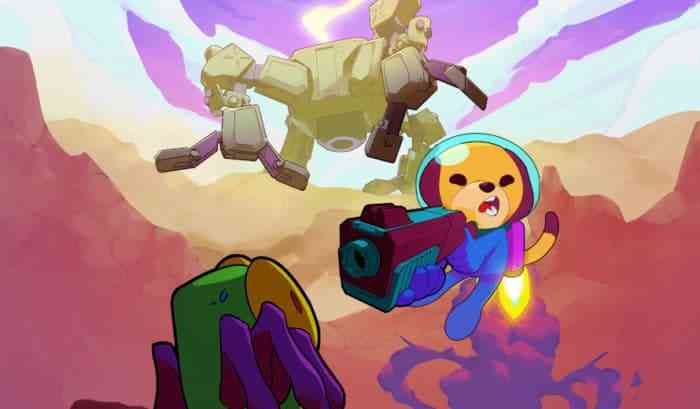 Goodboy Galaxy is a Metroidvania-style action platformer that follows an adorable little dog named Maxwell on an adventure through the stars to save his dying home world. As Maxwell finds himself stranded at the edge of the galaxy, he’ll have to explore new worlds, face off against unknown enemies, and make plenty of strange new friends if he’s going to get home.

The development team, simply called Goodboy Galaxy, are currently running a Kickstarter to get Goodboy Galaxy off the ground. Right now, the Kickstarter is sitting at almost £97,000 raised for the £18,000 goal so don’t worry – it’s definitely coming! There are options for digital versions of the game on PC, Switch and GBA, or for physical versions on those consoles. The GBA physical version has options to include a box in either the western or Japanese styles, along with a proper, old-school GBA cartridge and instruction manual. Oh, and there are stickers, too!

Goodboy Galaxy’s devs outlined their reasoning behind releasing on a now-defunct console on their official website: “Why GBA? We’re celebrating our 20 year old friend, the Game Boy Advance, because we think it’s fun / interesting!”

The Goodboy Galaxy Kickstarter is set to end on September 24th, with a subsequent release on PC, Nintendo Switch and Game Boy Advance.