Later this month, a new game born of a very inspired idea will be out. Lemnis Gate is a first-person shooter, but also a turn-based strategy game. It is hard to grasp through words, but once you see it, it should make sense.

Basically, each player will have a 25 second window to play. Their actions will continuously play in a loop. Then someone on the other team will have their own 25 seconds to react to the previous player, which may include killing them to cancel their actions part way through their loop. 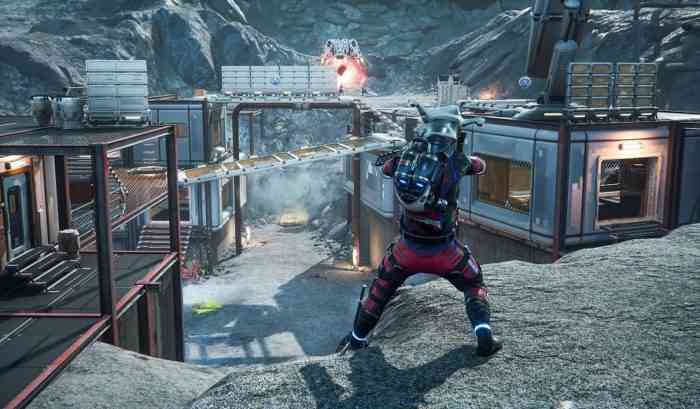 The turns bounce back and forth between teams, countering the previous turn with new operatives, and possibly saving another, allowing their action to keep looping. Confused? That’s fine. Check out Frontier Foundry’s gameplay overview trailer of Lemnis Gate to get a better understanding of how it all works.

Slowly, the map will populate with more and more operatives as each turn passes. At the end of the round, points will be calculated based on the final run of the timeline and how many objectives are completed, which varies depending on the game type.

Between turns, players can use a reconnaissance drone to observe the map and see how the timeline is currently playing out. This will help players inform what type of operative to use and how they will spend their 25 second turn.

Lemnis Gate is set to come out on September 28th for PC, PS4, PS5, Xbox One, and Xbox Series X|S. You can pre-order it now for bonus skins and a 20% discount.

Does Lemnis Gate look interesting to you? Let us know in the comments below.

Zenless Zone Zero Reveal Trailer Is Bonkers, But Interesting
Next
Gear Up As Lord of The Rings Mobile Game Launches Soon
Previous
Bloodrayne 1 and 2 Getting ReVamped for Consoles