The iconic vampire series of the early 2000s BloodRayne is seeing a resurgence. Since Ziggurat Interactive acquired the franchise, the first two games were re-released on PC as Terminal Cuts. Now, Ziggurat has announced that those same updates will be coming to consoles this Fall.

BloodRayne ReVamped and BloodRayne 2 ReVamped will hopefully be hitting Xbox One, PS4, and Nintendo Switch sometime in the next couple of months. These updated versions support native widescreen resolution, improved rendering and cinematics. 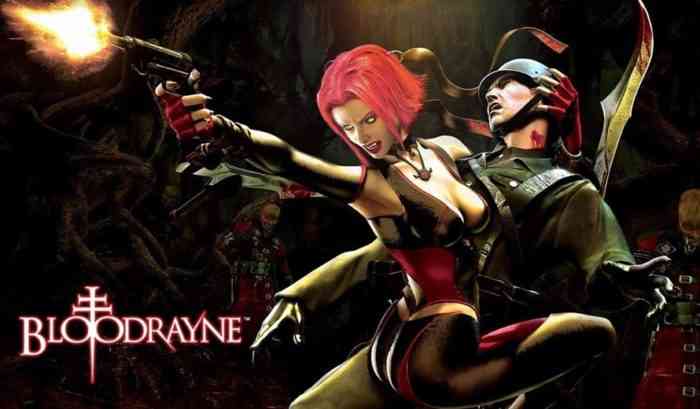 The first BloodRayne game takes place during World War II, where Rayne has to stop the Gegengeist Gruppe from tracking down the remains of Beliar. They intend to use them to bring Hitler into power through mystical means. The second game takes place in a more contemporary setting. Rayne is on a mission to hunt down and eliminate all the other children of her father Kagan, whose goal is to bring an age of vampire supremacy.

There is a third BloodRayne game developed by WayForward that came out in 2011. BloodRayne: Betrayal is a sidescroller, which received its own re-release just earlier this month on PC.

Get your ? controllers ready, #BloodRayne 1 & 2 are returning to console this fall on @Xbox, @PlayStation, and @NintendoAmerica!

Plus, make some space on your shelf for an exclusive physical release on #PS4 and #Switch through @LimitedRunGames pic.twitter.com/iarqmHI4PY

BloodRayne 1 and 2 ReVamped will also have physical editions for PS4 and Nintendo Switch made by Limited Run Games. You can bet that there will be a ton of great collector’s items that come packed with those.

There is no official release date set, but BloodRayne ReVamped and BloodRayne 2 ReVamped will be coming this Fall to PS4, Xbox One, and Nintendo Switch. BloodRayne 1 and 2: Terminal Cut are available on PC.

Would you like to see a new BloodRayne game? Let us know in the comments below.