The Codex Astartes Condones This Action

While games set in the grim darkness of Warhammer 40,000’s far future have been fairly hit-or-miss over the years – Games Workshop were infamous for licensing out the IP to just about whatever dev teams wanted it for a while – there’s one game that’s gone down in history as one of the best representations of the iconic setting we’ve seen yet: Relic Entertainment’s Warhammer 40,000: Space Marine. Now, 10 years after Space Marine’s initial release, Relic have launched an Anniversary Edition of the game, filled with content old and new. 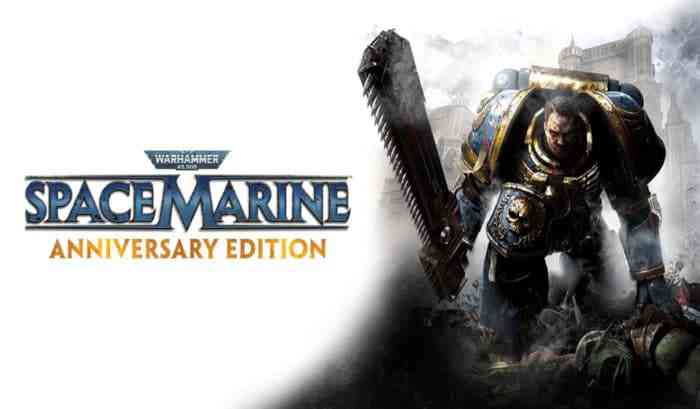 Space Marine follows Captain Titus of the Ultramarines 2nd Company (the big blue lads with the chainsaw swords) as he leads his small team of genetically-engineered super soldiers on a mission to save a factory planet from Ork invasion. It received plenty of DLC for its multiplayer mode, letting players kit out their Space Marines in the colors of iconic factions throughout the game’s history – from the spectral Legion of the Damned to the vile Death Guard. The Anniversary Edition bundle includes all of the DLCs released for Space Marine, along with a few brand-new goodies.

For the first time, Space Marine – Anniversary Edition will let players get their hands on the game’s full soundtrack, classic and brand-new wallpapers, the original launch trailer, a ringtone, and PDFs of the original manual, the Official Strategy Guide, the Collector’s Edition Artbook and a series of collector’s cards. 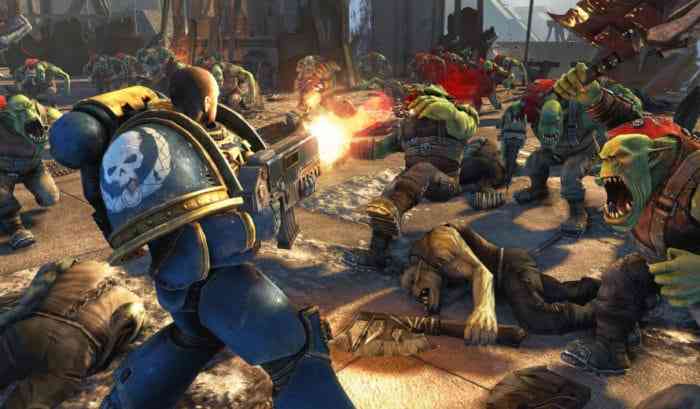 Warhammer 40,000: Space Marine is without a doubt one of the most beloved video games to have spawned from Games Workshop’s tabletop empire, with fans still clamouring for a sequel even now, 10 years after its release. Although the closure of the game’s publisher THQ seems to have killed any plans for Captain Titus’ story to continue, perhaps this celebration could bring a glimmer of hope to the grim darkness of the series’ future.

Warhammer 40,000: Space Marine – Anniversary Edition is a free upgrade for everyone who own the original game on Steam – and you can get it right now!

Warhammer 40,000: Darktide Release Date Announced Along With Trailer
Next
Japan Is Getting a Boxset of All Numbered Resident Evil Games
Previous
Bayonetta 3 Gets Listed for September-December 2022 Release Window