Technical Issues Lead To Yet Another Delay

The story of Blue Box Studios’ upcoming survival horror game Abandoned has been one fraught with speculation, rumours, and conspiracy – ever since the game’s mysterious first trailer, the evidence both for and against the popular fan theory that Abandoned is in fact a new Hideo Kojima game has been building up. 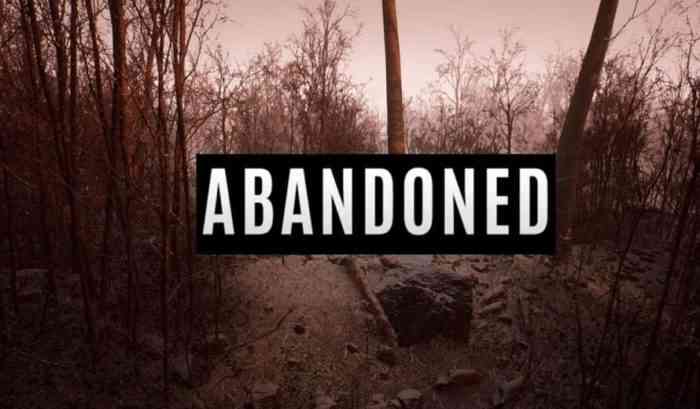 Things were supposed to all be cleared up two days ago with the release of the first teaser on Abandoned’s Realtime Experience App, a PS5 app released at the start of August that promises to present upcoming playable teasers and trailers for Abandoned in real-time.

However, just like the app itself, the first teaser was delayed at the last minute to an unannounced date – and Blue Box have finally broken their silence on exactly why.

Earlier today, the official Blue Box Studios Twitter account posted an explanation of why the teaser was delayed:

“We ask everyone to calmly wait for the patch. We understand your frustration. We are 100% real and are working on a passionate game we believe in. This is what happened:

We dealt with multiple engine issues that occured last minute after we spotted a graphical glitch. For that we wanted to do a quick update. We are almost there as most of the testing is completed. We would like to thank you again for the patience and apologize for the inconvenience.”

Abandoned’s release window was supposed to be revealed along with the teaser’s release – however, judging by every other release date given to us by Blue Box being delayed in some way or another, it might be a good idea to take any release window with a grain of salt.

Right now, the teaser has been delayed indefinitely, with no release date set apart from a vague promise that it will be released “shortly” by Blue Box’s founder Hasan Kahraman.

Beloved Destiny 2 Expansion Is Being Taken Behind The Shed