The cutesy indie title Bugsnax was a smash hit when it first released, with its bright and colorful art style hiding a plot that’s got a much darker, conspiratorial tone. This dichotomy got the game picked up by YouTubers and streamers alike, sending the popularity of Young Horses Games’ second game since the similarly successful Octodad: Dadliest Catch into the stratosphere.

A few months ago, Young Horses’ Creative Director and Writer David Zuhn revealed that not only are the dev team planning new content for Bugsnax, but that they were also planning on having it release on more platforms. Now, it seems that the multi-platform releases have begun, with the announcement that Bugsnax will be coming to Steam.

Young Horses Games’ Creative Director and Writer Kevin Zuhn commented on the upcoming release, and gave a little tease of more Bugsnax content in the future: “We’re buzzing with excitement to serve up Bugsnax to a new audience on Steam! We’ll have some meaty news and a few juicy surprises to get people talkin’ bout Bugsnax again later this year.” 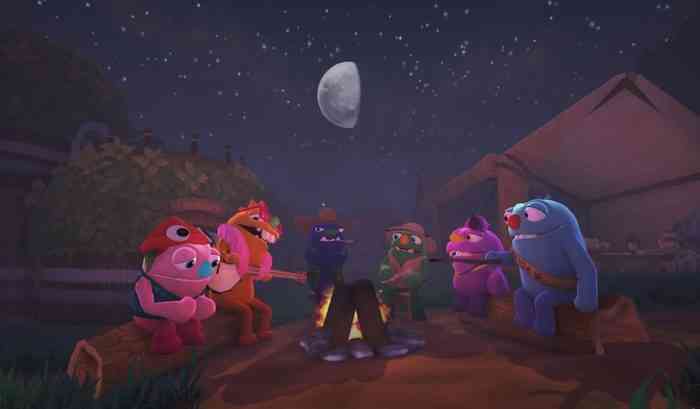 Bugsnax is a first-person shooter that eschews the usual military shooter style for a lighthearted, bright and breezy aesthetic that covers up the darker themes of its plot. Young Horses Games themselves probably described the game better than we could:
“Bugsnax takes you on a whimsical adventure to Snaktooth Island, home of the legendary half-bug half-snack creatures, Bugsnax. Invited by intrepid explorer Elizabert Megafig, you arrive to discover your host nowhere to be found, her camp in shambles, and her followers scattered across the island alone… and hungry!
It’s up to you to solve the mysteries of Snaktooth Island: What happened to Lizbert? What are Bugsnax and where do they come from? But most of all, why do they taste SO GOOD?”.

Bugsnax is set to release on Steam at an as of yet unannounced date next year, but it’s available right now on PlayStation 4, PlayStation 5 and the Epic Games Store!