Do Not Let Shadows Embrace You

The upcoming old-school survival horror game Tormented Souls is meant to be a return to survival horror’s classic roots, and judging by what we’ve seen already, it’s doing a good job of channeling the same eerie tone that Silent Hill and early Resident Evil made famous. The fixed camera angles definitely help, but this new cinematic trailer still manages to chill the blood without relying too heavily on fixed perspective.

In this game, players take on the role of Caroline Walker, a young woman investigating the disappearance of two twin girls. The search leads her to the town of Winterlake, where she’s promptly knocked out. When she wakes up, she finds herself naked in a bathtub, connected to dubious medical devices, and missing an eye. Things only get worse from there.

This trailer starts off with some establishing shots of Winterlake, the dark and creepy mansion-turned-hospital Caroline wakes up in, and a creepy child who begs for Caroline’s help. After that, some seemingly peaceful shots of the in-game environments are played, the concept of horrifying acts being recorded is introduced, and the child’s voice states that something strange is happening here just in case you somehow missed it.

At the halfway point, Caroline promises the child that she won’t let anything bad happen to them. The rest of the video is dedicated to ominous and claustrophobic environments, increasingly horrifying monsters, and Caroline trying to sneak, talk, and fight her way out. The sheer number of obstacles and threats in her way–and a brief moment where she wonders if she’s losing her mind–suggest that keeping her promise will be easier said than done. 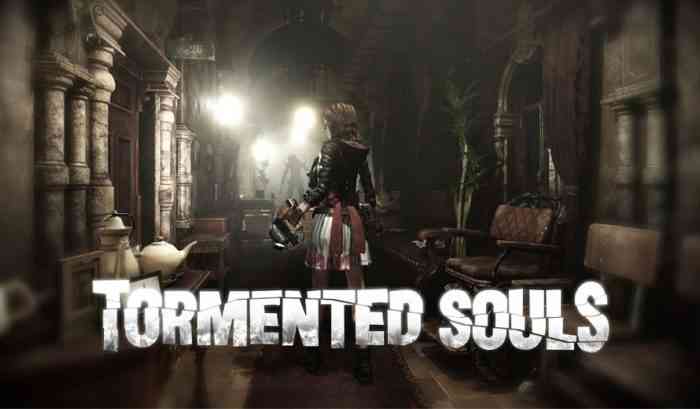 Tormented Souls will be available for PlayStation 5, Xbox Series X/S, and Steam on August 27th, 2021. It will also be arriving on PlayStation 4, Xbox One, and Nintendo Switch at a later date.

Are you looking forward to getting back to creepy, creepy basics? Let us know down in the comments, or hit us up on Twitter or Facebook.