The Darkside Detective Series is Now Available on Atari VCS

The Darkside Detective series of retro-style point-and-click adventure games just launched for the all-new Atari VCS videogame computer system, which is itself a very deliberate attempt to recapture the retro feel of the original Atari 2600. Now fans of old-fashioned games can play these multi-award-winning retro games on an equally retro microconsole.

The Darkside Detective and The Darkside Detective: A Fumble in the Dark focus on the bizarre and often macabre adventures of Detective Francis McQueen and his partner, the notoriously spacy Officer Patrick Dooley. Across two games, the pair go through a variety of creepy, spooky, and downright weird cases in the community of Twin Lakes, America’s 34th most haunted city.

These games have already made their way to many different platforms and been very well-received, so it’s not exactly a surprise to see them sneaking onto Atari VCS. Now, even more players can investigate a parade of demented cases, monstrous culprits, and paradoxical solutions. Just keep an eye out when venturing into the parallel dimension known as the Darkside–that’s where things get especially out of control.

If you’ve just gotten your hands on the Atari VCS and desperately need some games for it–ideally good games that have already passed inspection on other consoles–you could definitely do worse than The Darkside Detective games. These titles are off-beat and funny in the best way, as you can see in the accolades trailer above.

Between the retro-pixel graphics, spooky sensibilities, and a lot of intricate point-and-click adventure puzzles to solve, you’re sure to have a good time. Just be careful after dark. It would be a shame if something happened to you. 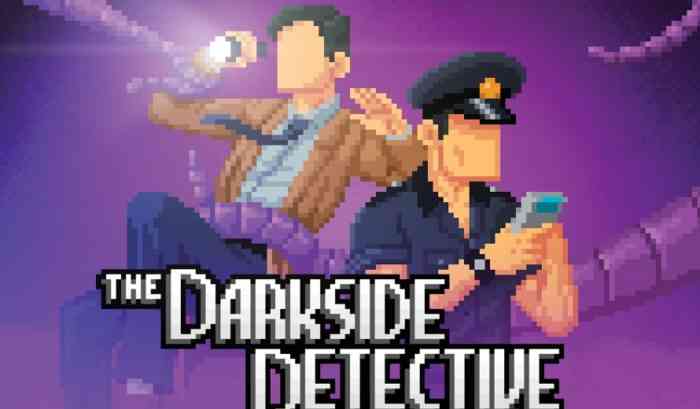 What are you looking forward to playing on the Atari VCS? Let us know down in the comments, or hit us up on Twitter or Facebook.