Dead By Daylight & Hellraiser Crossover Is No Longer Just a Rumour

Dead by Daylight is officially getting yet another classic horror villain to its roster of playable characters. Over the last several years, Behaviour Interactive brought in Pyramid Head, Michael Myers, Freddy Krueger, and many more. Now, Creative Director Dave Richard has just confirmed that Pinhead from Hellraiser will, indeed, be part of the franchise. 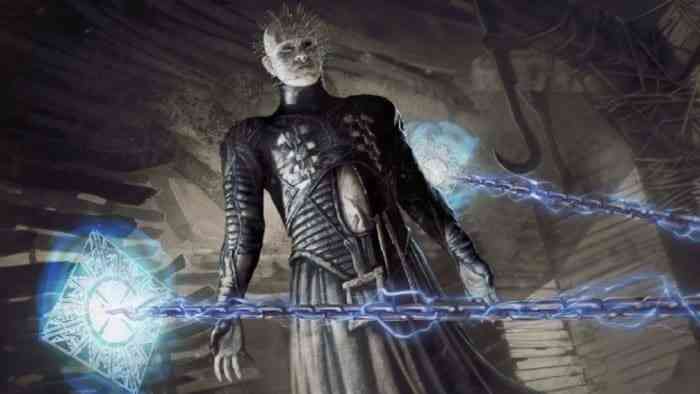 When Dead by Daylight launches, it will already be featuring this “highly charismatic” horror character who “embraces deeply disturbing horror themes.” “Our fans have been requesting him for a long time,” said Richard. “Bringing Pinhead into the Fog is a way for us to give fans something they want, while cementing our reputation as the Hall of Fame of Horror.”

Dead by Daylight players can access Pinhead by using a Lament Configuration so he can leave his dimension and travel to the game. As the Pinhead description says, “what comes next is sweet suffering that will spill over the realm.”

PC players of Dead by Daylight can test out the Hellraiser Chapter ahead of everyone else via the game’s Player Test Build starting August 17th. Just like any other PTB, it is expected that players will experience some bugs and other issues. Based on past releases, it usually only takes a month before content is transferred from PTB to live servers. If this timeline tracks, then the much-awaited Dead by Daylight and Hellraiser crossover can be available early September.

For the rest of both Dead by Daylight and Hellraiser fans, the crossover game will be released some time in September on PS4, PS5, Xbox One, Xbox Series X, PC, Stadia, and the Nintendo Switch. Mobile players can also join in on the horror experience, but not until the game is released in that version later in the year.

Behaviour Interactive has been very busy with their partnerships with other major horror brands, such as Konami for Silent Hill, Valve for Left 4 Dead, and Capcom for Resident Evil. The franchise’s Stranger Things DLC will be expiring in November.