The mobile gaming sector in the video game industry is a billion-dollar space, bolstered by titles such as Pokemon Go, Call of Duty Mobile, and PUBG Mobile. With that being said, it comes as no surprise that CD Projekt Red decided to port their popular RPG franchise, The Witcher, over to mobile devices.

Last year, CD Projekt Red announced the move, and today, the company has confirmed, via Twitter, that The Witcher: Monster Slayer will be heading to iOS and Android on 21st July 2021.

The game will be free to play with in-game purchases. Persons with an Android device can begin to pre-register via the Google PlayStore. 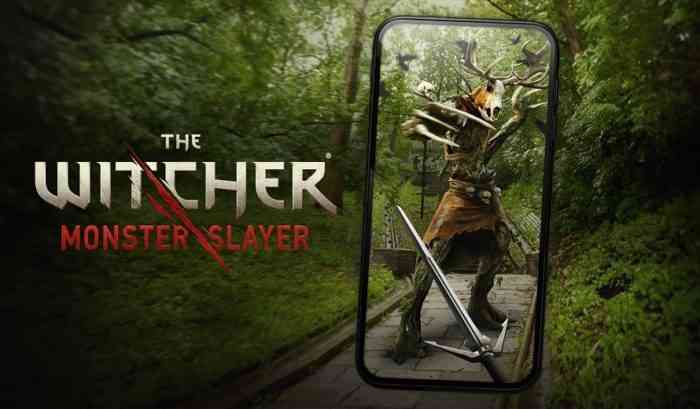 A fifteen-second video was attached to the Tweet wherein players were given a first look at a wide variety of monsters with an ever-changing background that shifts from day to night.

In The Witcher: Monster Slayer, players enter a dark fantasy adventure wherein they must explore the world and slowly become an elite monster hunter. Players will utilize their ‘witcher senses’, an element of the Witcher series that fans are very familiar with, to track their targets along with real-time weather conditions and time of day.

The game will also feature augmented reality that would change the perception of players as they explore the world. Most importantly, players must embark on dangerous quests that are story-driver and inspired by the Witcher series with the ultimate goal of obtaining trophies after defeating over a dozen different beasts. The game will feature challenges to complete and reward players who are adept are defeating monsters.