Call of Duty: Mobile is a free to play shooter developed by TiMi Studios and published by Activision. Since its release on 1st October 2019, the game has seen tremendous growth. Thus, it is no surprise that Call of Duty Mobile Season 5: In Deep Water, will be releasing on iOS and Android on 28th June at 5P.M. PT. One of the major points about Season 5’s release is that Ghost, a very popular character in the Call of Duty universe, is officially returning. Besides the return of Ghost, Season 5 in Call of Duty Mobile will offer a ton more content including maps, a marquee game mode, challenge packs and more.

In Season 5, players will be granted access to three new maps. Suicidal Harbor supports 5v5 and 10v10 play and puts players to fight seaside, on a tactical map comprised of shipping crates, narrow alleyways and close-quarters interior. In Docks, players will deploy to a shipyard in the River Thames, on a map that has a lot of verticality. Aniyah Incursion supports 10v10 and Attack of the Undead as it is a bombed out palace with opportunity to fight on the inside or the exterior. The Marquee Event of the upcoming season is known as Sea of Steel, where players must choose a side, Ghosts or the Federation, and race to capture territory while earning rewards for completing daily tasks. 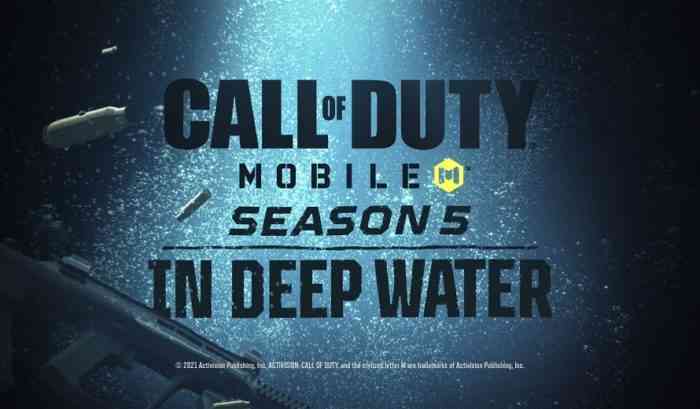 Furthermore, there will be a Call of Duty Endowment Challenge Pack that assists veterans in obtaining jobs and in the work place. The Challenger pack has various items including ‘The Stripe’ M16 Rifle and ‘Standard Issue’ MW11 Pistol. Players can also expect bundles, lucky draws and more seasonal challenges.

Besides the content in the upcoming update, Call of Duty Mobile’s World Championship 2021 Stage 2 will commence on 1st July where all qualified teams will battle it out for thirty matches in ranked multiplayer. 256 teams must vie for a spot in the Stage 3 Regional Qualifiers.