During E3 2021’s Bethesda and Xbox Showcase, many games were revealed along with release dates for titles that were already announced. One of the games was Annapurna Interactive’s latest work, Twelve Minutes. During the showcase, it was announced that Twelve Minutes, a thriller with an enticing and compelling story, is set to release on 19th August 2021. The game will be available on Xbox Game Pass Day One as an Xbox Exclusive and on PC via Steam. Twelve Minutes has a long history in the video game world as it was originally revealed in 2015, with some more information coming out during E3 2019. Fans were pleasantly surprised to see that Annapurna Interactive were able to put a release date on it. With only approximately two months left for its release, the highly anticipated indie game now has its official poster. The launch poster takes inspiration from classic Kubrick, Hitchcock and Fincher films, as does the game. 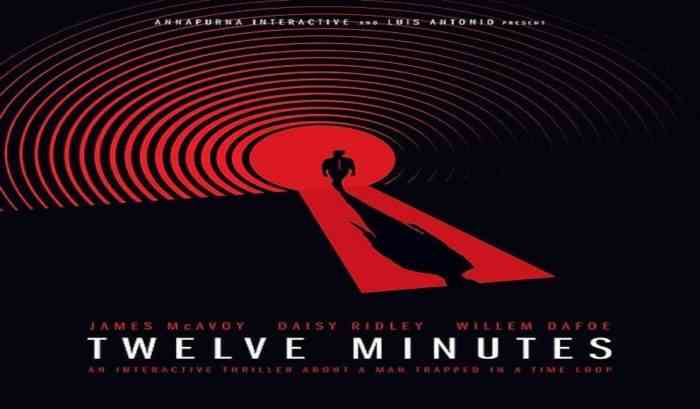 Twelve Minutes was created by Luis Antonio and published by Annapurna Interactive. It is an interactive thriller that takes players into the midst of a compelling story where they must solve a shocking crime. Twelve Minutes has been praised for bringing a fresh take to the thriller genre. Furthermore, Twelve Minutes is comprised of a star studded cast of A-List Hollywood celebrities including James McAvoy, of X-Men and Split, Daisy Ridley, of Star Wars and Willem Dafoe, a star in too many movies to count. Twelve Minutes is a point and click interactive game that puts players into a time loop with a compelling backstory to ensure that fans are entertained.

The poster highlights a man walking through a sort of door, surrounded by darkness with a red and black color theme. Based on its inspiration, the nature of the poster is no surprise.

Are you interested in Twelve Minutes? What are your thoughts on it so far? Let us know in the comments below or on Twitter and Facebook.