Summer is almost over, but we can still have lots of fun playing sports and showing off our skills to win cash prizes… in video games, of course, because the virtual world isn’t affected by heatwaves. Core will be hosting the Core Multiverse Games next week and they’re set up to be one of the best parts of any gamer’s summer.

So, what are the Core Multiverse Games? The answer is simple: they’re a free event that will bring together gamers from around the world to compete for their home countries, a share of $25,000 in prizes, and that most legendary of gaming rewards, bragging rights. The event is open to everybody, whether you’re a pro or just picking up a controller, and participation is totally free. It also comes with a trailer that does a great job of summing up the event, the 12 games you can compete in (yes, this includes Hydro Blast, the game where you drive torpedo-powered jet skis), and the rewards you can receive.

According to the press release, the event will include:

All week we’ll be featuring exhibition matches of the Core Multiverse Games event, starring some of gaming’s most recognizable faces such as Greg Miller and the Kinda Funny crew; Brian Altano, Max Scoville and Stella Chung from IGN; and former Funhaus front-men Bruce Greene and Lawrence Sonntag. Tune in each day for a new group of personalities as they practice for the Grand Finals, where they will battle it out to become Champion of the Multiverse. The full schedule of influencer exhibition matches can be found here.

On Wednesday, Core and Dreamhack will host a one-hour competition benefiting charities, during which Dreamhack Beyond streamers will compete in the games of the Multiverse event on the charities’ behalf. Every game won earns $5,000 for the winner’s charity, for a total of $25,000.

On the final day of the event, ALL of the hosts featured during the week will return for a final battle. They’ll have to deal with Core’s upcoming feature that puts streamers in control of the player’s world: “God Mode”. 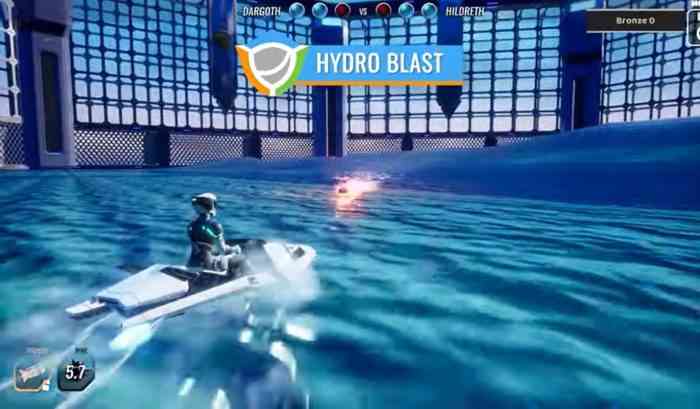 The Core Multiverse Games event begins July 25 and runs through August 5. You can go to www.epicgames.com/store/p/core to download Core and sign up right now.

Are you looking forward to competing in these games? Let us know down in the comments, or hit us up on Twitter or Facebook.

Uncover The Truth In Conway: Disappearance At Dahlia View
Next
See the Chaos at Play in Lost in Random Gameplay Trailer
Previous
Level Scaling Is Coming To Assassin’s Creed Valhalla