When RNG Is Your Friend

Everyone who has said anything about Lost in Random has pointed out Tim Burton as a major influence on the artistic design. The characters, locations, and made all look like they were directed by TB, so Lost in Random has a very familiar charm to it. 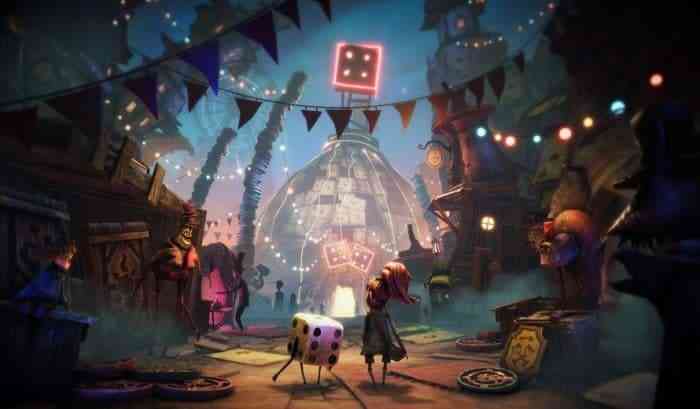 The gameplay trailer that came out this week shows us the driving story of the game, as well as the premise of the action. Twin girls, Even and Odd are separated by an evil queen, so Even teams up with a walking die called Dicey, who helps her in combat. Together, they embark on a quest to save Odd.

When Dicey is powered up, Even can roll Dicey and use different abilities, depending on the result of the roll. There is a deck building component of Lost in Random. Cards can be found and purchased from vendors and grant Even new attacks and abilities.

The land of Random has six areas to it, each with its own distinct look, full of environmental puzzles and challenges, and tons of unique enemy types.

Lost in Random was announced at EA Play Live and there is just a short wait time between now and its release date. Lost in Random will be coming out on September 10th for PC, PS4, PS5, Xbox One, Xbox Series X|S, and Nintendo Switch.

Does Lost in Random look like an interesting game to you? Let us know in the comments below.