Some Good News For a Notoriously Tragic Game

NieR Replicant ver.1.22474487139…, the recent retelling of the original NieR: Replicant, has done very well for itself. The game has officially sold over one million units worldwide, treating countless fans to a grim, genre-defying tale of love and despair. After NieR: Automata successfully revived the NieR series from obscurity, we’re happy to report that this re-release is taking full advantage of the brand’s newfound popularity. Speaking of which, NieR: Automata–officially Platinum Games’ biggest hit–has officially sold over six million units, which should put NieR Replicant’s success in perspective. Both games have received a lot of acclaim–including some high praise from us–and are generally considered very good titles to check out, especially if you’re fond of bizarre, philosophical storytelling and genre-bending gameplay.

NieR Replicant‘s dark tone may be a deal-breaker for some players–at this point, it’s not exactly a surprise to learn that a game made by the mind behind the Drakengard series may end badly for the protagonists–but it does feed into NieR: Automata’s slightly more uplifting story. Playing NieR: Replicant and then its sequel may lead to a more complete experience overall, provided you can play through your tears.

The next installment in the NieR series appears to be the upcoming NieR Re[in]carnation, a mobile title currently in development by Applibot, Inc. for North America and Europe. This game will take place in the same world as both NieR Replicant and NieR: Automata, though not NieR Gestalt, which has officially been rendered non-canon. Fans of dad NieR will have to content themselves with fan-made content in the future. In NieR Re[in]carnation, players will take on the role of a character known as The Girl of Light, who is definitely not Kaine. She s being guided by a friendly bedsheet ghost through a realm called the Cage. Weapon stories are set to return as a mechanic, as will the standard mobile game gacha set-up. 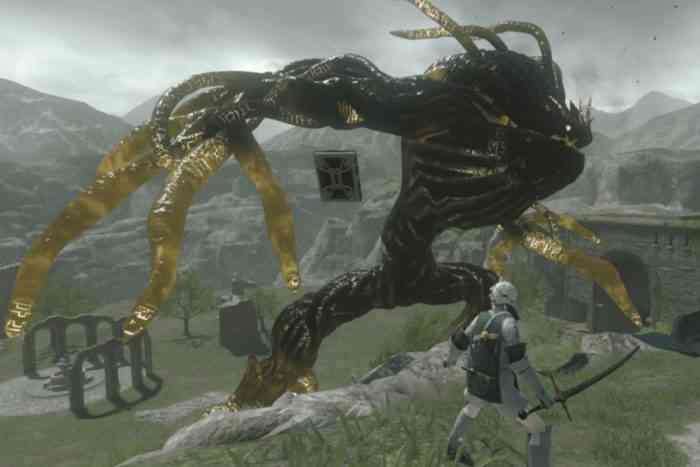 NieR Replicant is available now on PS4, Xbox One, and PC.

Have you ever cried over a video game? Let us know down in the comments, or hit us up on Twitter or Facebook.