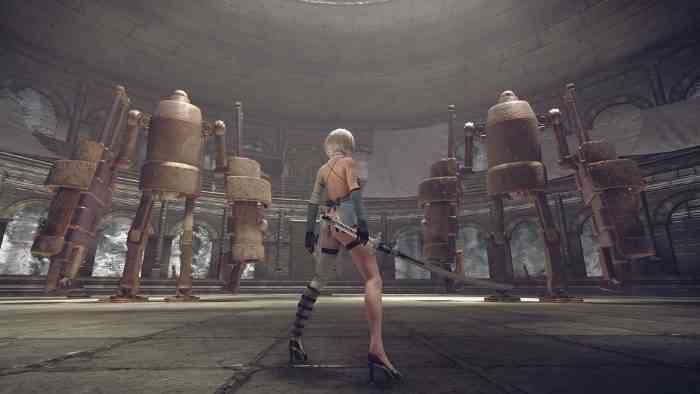 PlatinumGames took to its official Twitter account to announce to the world NieR: Automata’s success. Their Tweet roughly translated by Google said, “The cumulative worldwide shipment and download sales of ‘NieR: Automata’ has exceeded 5 million units. I really thank you.” Considering PlatinumGames is the studio behind hits such as Bayonetta, Astral Chain, The Wonderful 101, and Vanquish, it’s quite the accomplishment for a relative newcomer to outpace the others to become the best-selling PlatinumGames title.

NieR: Automata also has a “Game of the YoHRa Edition” which includes all of the available DLC and likely helped boost sales of the PlatinumGames title beyond its initial launch. Unlike many other announcements these days, the PlatinumGames announcement of NieR: Automata’s success was met with overwhelming support in the Tweets from fans. Microsoft has been rumored to be interested in PlatinumGames and with the success of NieR: Automata, it’s easy to see why any publisher would be interested in the Japanese development studio that is apparently happy doing its own thing.

Are you a fan of NieR: Automata or do you prefer another PlatinumGames title? Let us know in the comments below!

Age of Empires IV Reveals New Campaigns and Civilizations in Fan-Event Stream
Next
Steam’s Winter Sale Has Officially Begun
Previous
No, Halo Infinite on Xbox One Hasn’t Been Canceled