Ever since the launch of NieR: Automata way back in 2017, the Drakengard spin-off series has risen from obscurity to become an industry juggernaut. Automata was a massive success both critically and financially, resurrecting the NieR series for a new generation. More recently, the original NieR game got a rework in NieR: Replicant, giving over a million players another melancholy journey into the apocalypse. Now, Square Enix are gearing up for the latest installment in the NieR franchise – the free mobile game NieR Re[in]carnation. 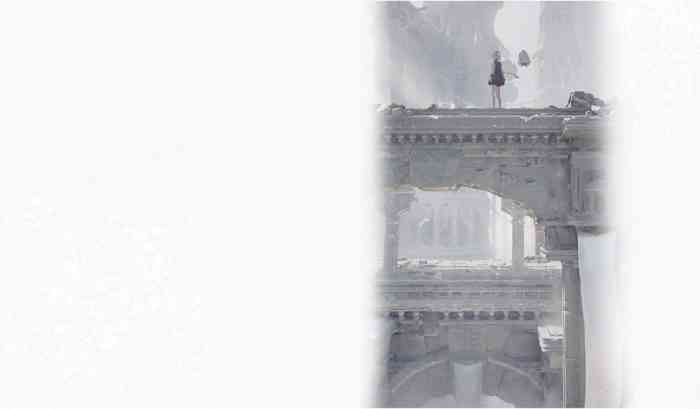 We got our first glimpse of Re[in]carnation back in 2020, shortly followed by a brief gameplay reveal – but since then there hasn’t been a whole lot of information about it. Now, though, Square Enix are ready to give us a more in-depth look at Re[in]carnation’s plot and gameplay.

NieR Re[in]carnation follows a new as-of-yet unnamed protagonist, the Girl in White, who’s joined by a ghost called Mama when she awakens in an immense, mysterious structure – The Cage. As you might expect from a mysterious JRPG protagonist, the Girl in White has amnesia, and will slowly regain her memory as she ventures further and further into The Cage.

That’s about all we know about the story so far, but we have gotten a brief look at the gameplay we can expect from Re[in]carnation. Combat seems to be fairly standard RPG fare, with an auto-play option if you’re playing on the go. It’ll also feature gacha-like mechanics for getting new weapons and equipment, as displayed by Square Enix’s pre-registration program.

Pre-registering for the game right now will get you 3,000 gems to use in in-app purchases, and a Weapon Evolution Pack. For every 100,000 pre-registers, there’ll be more rewards added – the next tier will be unlocked at 600,000, giving you 4,500 gems (enough for 15 free Summons) and material packs you can use to enhance your characters.

NieR: Re]in]carnation will launch for free on iOS and Android devices on July 28th. You can pre-register now on the App Store and Google Play.

A New Combat Style Revealed For Final Fantasy VII: The First Soldier
Next
Pathfinder: Wrath Of The Righteous Is Coming To Consoles
Previous
New Mii Fighters Revealed Alongside Kazuya in Smash Bros. Ultimate