I’ve Been Burned Before

I feel like somebody owes me an apology. Early in 2021, around January, a Nintendo Switch release schedule for upcoming games had shown that Warhorse Studios’ Kingdom Come: Deliverance would be coming to the Switch. At the time, it was said to launch in February, but apparently it was all a mistake. Warhorse Studios said they were looking into why the misleading information was posted in the first place, but there were no plans at the time for such a port. Fast forward several months, Warhorse Studios has announced such a port! 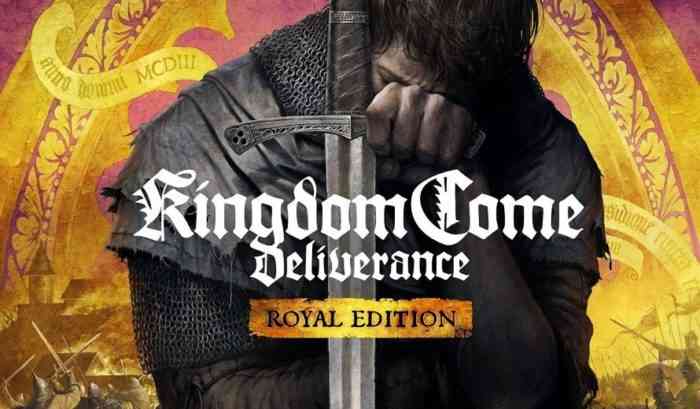 Koch Media, who has acquired the Kingdom Come: Deliverance developer, held a Summer showcase of its games and upcoming plans today. They have announced that the game will actually be coming to the Switch. It is unclear when this plan was made or if the above kerfuffle had anything to do with spurring them in this direction, but whatever the case, Nintendo Switch owners have this to look forward to. The wrong announcement back in January specified that the Switch version would be the Royal Edition of the game, which comes with all the DLC, and though it would make sense that this version would also be the Royal Edition, Warhorse Studios has not yet specified.

There is also no release date or release window for this port, but hopefully it is not too far off. Kingdom Come: Deliverance is available now on PC, PS4, and Xbox One, and the Nintendo Switch version is on its way.

Will you be picking up Kingdom Come: Deliverance when it comes out on the Switch? Let us know in the comments below.

Crysis Remastered Trilogy Review – Almost as Good as It Ever Was
Next
Dark Pictures: House of Ashes Pazuzu Edition and Release Date Revealed
Previous
Call of Duty Warzone and Cold War Season 4 Trailer Hypes Up Releases