This is an example of the classic Jebaited tactic of 2013; lure in with a great promise, then pull the proverbial carpet out from under their feet. A few days ago, multiple gaming news outlets, including us, spotted Kingdom Come: Deliverance – Royal Edition slated for a February 18th release date on Nintendo Switch on Nintendo’s Japanese website. Seemed legit at the time, but we got fooled. 15th Century egg on our face. Sorry to everyone who got their hopes up, I guess. Sometimes the undoing of news is news though. 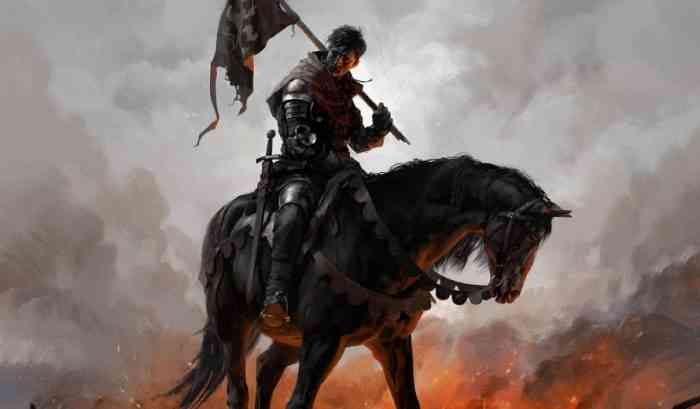 After the news broke about this supposed port, developer Warhorse Studios’ lead PR coordinator jumped on Twitter to diffuse the rumors. He said, “As much as I would love a #kingdomcomedeliverance version on Switch – unfortunately there is none planned at the moment. We are investigating who was so ambitious to think differently but as for now… meh meh meeeeh….. Sorry guys.” Apparently, someone was bold enough to try willing this port into existence, but as it stands, there is no plan for this game to come to Nintendo Switch. Maybe the plan by this unsung hero was to create enough hype for Nintendo and Warhorse to make it happen.

Though rumors for Kingdom Come: Deliverance on the Switch have been squashed, other technologically demanding games have made their way to Nintendo’s most recent console, and the Switch still has a lot of life left in it, so who knows? Maybe this little stunt will get the right people talking. As for the investigation into who posted the misinformation, we are left to wonder what the consequences will be, if any. Maybe they will just find the security breach and seal it up. Kingdom Come: Deliverance is out now on PC, PS4, Xbox One, and NOT Nintendo Switch.

Would you have liked to see Kingdom Come: Deliverance on the Switch? Let us know in the comments below.

The Ezio Collection may get a Switch Release According to Rumor

The Apocalypse Heads to the Switch in Darksiders 3
Next
Microsoft Working to Fix This Series X Controller Glitch
Previous
Outriders Delayed for More Polish, But Free Demo Is Coming