Yes, You Can Drive a Car Right Through Your Foes

When Bright Memory came out last year, we docked it serious points for feeling like nothing more than an appetizer for the upcoming Bright Memory: Infinite. Now that Bright Memory: Infinite is getting closer and closer to release, we can’t wait to see what the full version of the game will be like. A gameplay trailer just dropped and it’s not only visually stunning, it’s also full to brimming with high-octane action and visceral combat. Players will switch rapidly from melee sword fighting to ranged gunplay in the middle of combos in this first-person slash-and-shooter. Plus, there will be driving sections where players are encouraged to plow right through enemies and road signs alike.

This trailer contrasts the fast-paced action with a surprisingly soothing backing track and showcases a number of hulking bosses. Bright Memory: Infinite takes place in a world where different times and realities are blurring together, so enemies range from futuristic soldiers equipped with the latest gear to giant statues burning with internal fire. All these enemy designs look awesome and witnessing them in action is enough to take our breath away. If this trailer is anything to go by, Bright Memory: Infinite will pick up where the original Bright Memory left off and crank everything up to eleven. We’re looking forward to getting our hands on the definitive version of this game.

“The moment of Bright Memory Infinite’s release is getting closer,” said Xiancheng Zeng, sole developer, FYQD Studio. “The things I have learned from Bright Memory’s release on Steam and Xbox Series X|S taught me a lot and allowed me to make so many improvements to Infinite. I hope my project motivates other indie devs to never give up on what they can accomplish.” 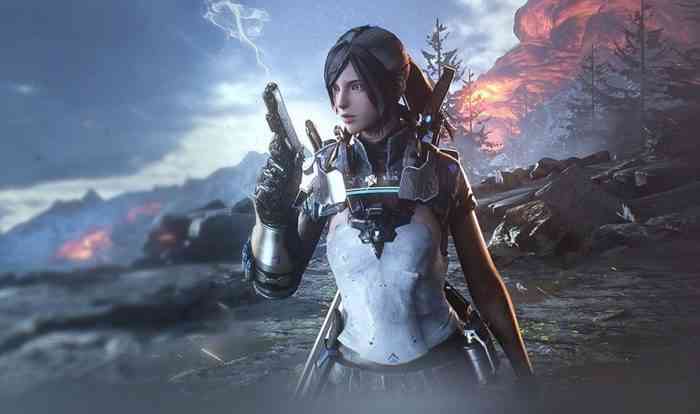 Bright Memory: Infinite will be available on PC and Xbox Series S|X later in 2021.

Did you play Bright Memory or were you waiting for Bright Memory: Infinite? Let us know down in the comments, or hit us up on Twitter or Facebook.