Construction and management players should be excited. Yesterday, a new game from Two Point Studios leaked on the Microsoft Store. It was promptly taken down, but not before people snapped some quick screenshots. The new game is Two Point Campus. You may see the connection between another game from the developer Two Point Hospital, where players build and customize their healthcare facility to treat various patients and illnesses. From the looks of things Two Point Campus will be very similar, but instead of treating patients, you will be… you know, even after six years in university, I have no idea. 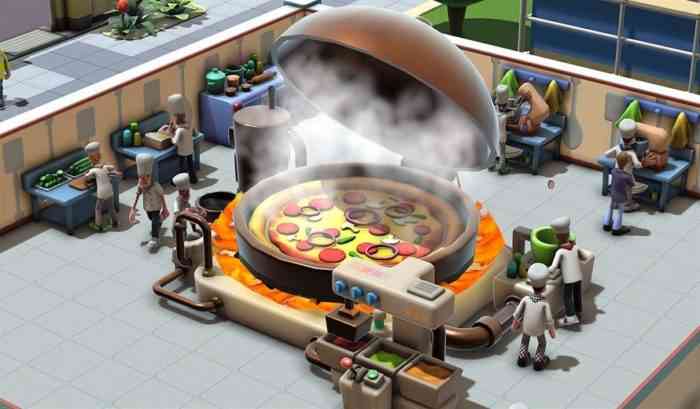 Just like Two Point Hospital, Two Point Campus will be full of colorful characters. Judging by the game art and screenshots there will be a ton of different familiar tropes and cliques, but also some wacky and clever designs that Two Point Studios is known for making. We have artists, musicians, Greasers, vampires, jocks, archeologists, clowns, wizards, cheerleaders, chefs, punks, knights, and other misfits trying to find themselves in higher education.

In Two Point Hospital, you would manage one hospital at a time and customize the interior. From the screenshots, it appears that players in Two Point Campus will be constructing the actual buildings, pathways between them, and managing what goes on inside. It seems like the scope of the game will be bigger, but until we see an official trailer or something, it is hard to say what the scale of Two Point Campus will be exactly. There has been no official word on the game, but judging by the leak, Two Point Campus will likely launch on PC, Xbox, PlayStation, and maybe Nintendo Switch.

What are you hoping for from Two Point Campus? Let us know in the comments below.

Call of the Wild: The Angler Has Officially Launched On PC

The Three Best (and Worst) Video Games from August 2022

Soul Hackers 2 Review – Cyberpunk With a Side of Demons
Next
Several Need For Speed Titles Are Being Delisted – Here’s Why
Previous
Watch Dogs: Legion of the Dead DLC Brings Zombies To London’s Streets