A bunch of VR news has popped up in the last couple of days. The Oculus Gaming Showcase has shown off some pretty interesting games, including a deeper look at the newly announced Resident Evil 4 VR game. While there was a lot of news and announcement for upcoming games, we also got a look at new content The Walking Dead: Saints and Sinners. A short gameplay trailer for the Aftershocks update was revealed with rather… explosive revelations. This will be a free content update released on all platforms next month. 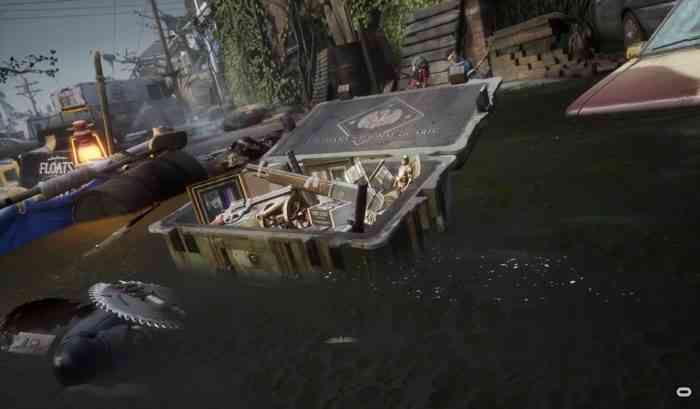 The trailer for Aftershocks shows an extension to the game’s story, taking place after the main events. In Aftershocks, the player gets word of Reserve supplies being dropped. There is also a new cultish group of mask-wearing human enemies called The Reclaimed that players will encounter. We see explosive devices getting a lot of use throughout the trailer, so you can bet that this will be a popular means of combat in the new update. There are traps like propane tanks and throwable impact grenades that send humans and walkers flying through the air.

You asked and of course, we delivered. The AFTERSHOCKS hit May 20th.#AFTERSHOCKS #TWD #thewalkingdead #VR pic.twitter.com/W2uQU8kaQl

It has been almost a year since the Meatgrinder update for Saints and Sinners, so after this, we will have to wonder when the next update will be, if there will be one. The Aftershocks update will be coming to Oculus, Steam VR, PSVR, and Viveport on May 20th. The Walking Dead: Saints and Sinners is available now for PSVR, Oculus Rift, Oculus Quest, Oculus Quest 2, Vive, and Steam VR.

Will you be trying out Aftershocks? Let us know in the comments below.

Marvel’s Avengers Gives a Look at The Mighty Thor Before Launch Week
Next
Win 2,400 Call of Duty Points (Xbox One or Xbox Series X/S)
Previous
Explore the World of Biomutant in This New Trailer