If you are like me, it may have been two or three or a dozen years since you’ve visited Newgrounds, but it is still bustling with activity; still a hub for community content like digital art, animations, and flash games. One particular game that has gain a ton of popularity in the past couple of years is the open source rhythm game Friday Night Funkin’. The free version available now has several levels with a few songs to play in each, but the creators are looking at releasing a full game after a Kickstarter campaign. Oh, and they already crushed their funding goal. 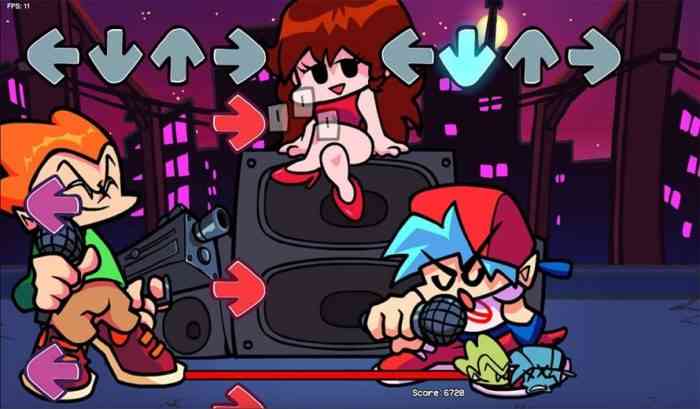 Recently, the development team released “Week 7”, which actually crashed Newgrounds servers from all the activity. What a full game would include would be 20 additional weeks (which would be 60 new songs), animated cutscenes, local multiplayer, different playable characters, extensive mod support, online leaderboards, and collaboration with more visual and musical artists. Their Kickstarter goal of $60,000 has been eclipsed tenfold in just a day, and it will run for another 29 days. The stretch goals they have reached include a mobile version, a custom character creator, a sharing network, fully animated cutscenes, and is approaching 5 additional Weeks.

If more of their stretch goals are reached, there will be 10 more Weeks added, 10 more playable characters, a harder Erect difficulty, online multiplayer, and an epilogue for Week 10. There are also more distant stretch goals between $3,000,000 and $10,000,000, but let’s see how they do in the next couple of weeks. Though the “Full-Ass Game” is funded, it is unclear how many platforms it will reach beyond PC and mobile devices.

Have you played Friday Night Funkin’? Let us know in the comments below.