Protecting an Important Piece of the Game’s Pine Forest Ecosystem

Story of Seasons: Pioneers of Olive Town will be coming out soon–tomorrow, in fact–so now seems like an excellent time to talk about the real-world of the game. Because yes, this is one farming sim that will have a real-world impact. Publisher Marvelous Games has announced a partnership with the Royal Zoological Society of Scotland (RZSS), a conservation charity in Europe. The focus of their efforts is a largely unknown, almost-extinct pollinator that lives in the UK, the pine hoverfly. This surprisingly cute insect is so rare that it lives in only a single patch of forest in Scotland, and an adult hasn’t been seen in the wild for over seven years. It’s one very endangered species that almost nobody knows about. Marvelous is hoping to change that.

Marvelous Europe has donated £20,000 to the RZSS specifically to help build new facilities at the Royal Zoological Society of Scotland’s Highland Wildlife Park. According to the press release, the money will go to “a larval rearing room, space for the adult hoverflies to fly and mate, and preparation space for staff to ready the abundance of flowers the hoverflies need for food.”

Between this and funds received from other donors, the RZSS hopes their conservation breeding program will be enough to bring this critically endangered species back from the edge. Marvelous is also working to raise awareness for RZSS’s other work, which means we can look forward to a Europe-wide seed-growing competition. The event will be marked with a special Twitch live stream from comedian, games journalist, and podcaster Ellie Gibson on Friday, March 26th. “Participants in the competition will get the chance to have a tangible impact on the species’ future, naming the hoverflies that will save the species,” says the press release, “and winners will have a lasting impact, naming the new facilities that will keep this vital programme going for years to come.” 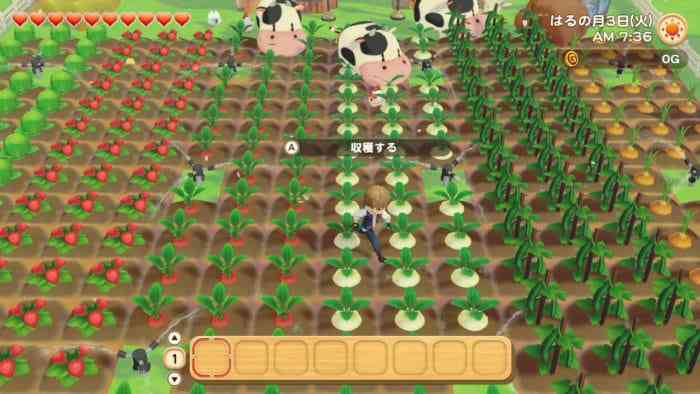 It’s always good to see video games having a positive impact on the world, especially in times like these. Way to go, Marvelous!

Story of Seasons: Pioneers of Olive Town will be out on March 23rd exclusively for Nintendo Switch. The game’s standard edition will cost $49.99, but if you want some extra goodies, the Premium Edition is just ten bucks more at $59.99.