Part of a healthy system of agriculture is having year round production of different crops and livestock. Same goes for games; always try to have new games coming out or being developed. Anyone who has played a farming sim gets this and thankfully, another Story of Seasons game is coming out for farming gamers to sink into. Story of Seasons: Pioneers of Olive Town will be coming out in March, so you need to decide whether you want that standard edition or something more bountiful, like the Premium Edition. 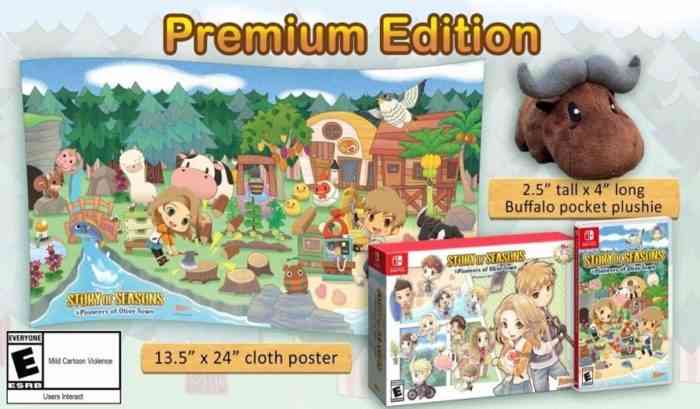 Maybe these items don’t exactly blow you away, but that’s alright. The standard edition of the game will run you $49.99, but if you want the extra stuff, the Premium Edition costs $59.99, just ten bucks more. Story of Seasons: Pioneers of Olive Town will be out on March 23rd exclusively for Nintendo Switch.

Which edition do you have your eyes on? Let us know in the comments below.