Celebrate Resident Evil’s 25th Anniversary With News From RE Village, Re:Verse, and More

Looking Forward to a Future Full of Zombie Bioweapons

Few horror games have gone in history quite like Resident Evil. From the early days of fixed camera angles and campy voice acting to the current push for first-person horror and giant women, this franchise has it all–except that you don’t generally get to play as the zombies. Unless you’re willing to count Resident Evil 4 or Albert Wesker’s occasional playable appearances, these games have been very strict about keeping you firmly on the zombie-fighting end of things. Now, as part of their celebration of RE’s twenty-fifth anniversary, Capcom has announced new details about Resident Evil Village and Resident Evil Re:Verse, an upcoming multiplayer experience that will be bundled free with it, and which finally lets you play as some iconic zombie bioweapons. We think we speak for everyone when we say it’s about time.

Still not enough for you? Preorders for Resident Evil Village are now open. The digital Standard and Deluxe Editions are available on all platforms, with an option for physical Standard and Collector’s Edition versions for consoles. According to the press release, “the digital Deluxe Edition includes the base game and a digital “Trauma Pack,” which consists of additional in-game content including a Samurai Edge weapon, Resident Evil 7 biohazard-inspired found footage screen filter, tape recorder save point option, immediate access to an especially challenging difficulty setting, and more. The physical Collector’s Edition includes the Deluxe Edition content plus a striking statue of franchise veteran Chris Redfield, a SteelBook case, art book, a cloth map of the village and an A4 print showing the key art.” 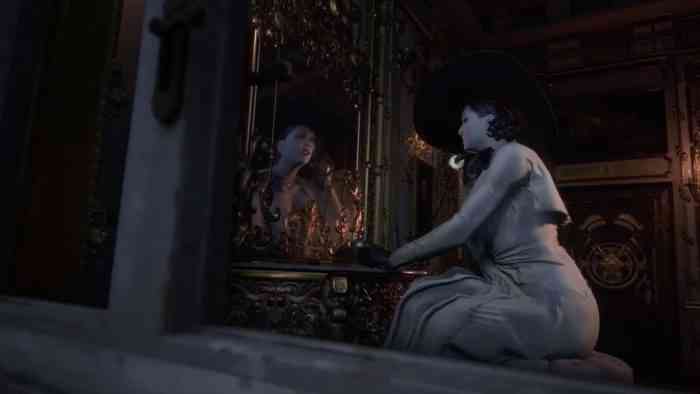 What are you hoping to see from the next RE Village Demo? Let us know down in the comments, or hit us up on Twitter or Facebook.


Sony’s First Party Titles Off To Strong Start On PS5

Street Outlaws 2: Winner Takes All Raises the Stakes in This Announcement Trailer
Next
Story of Seasons Publisher Helps Save a Real Endangered Species
Previous
In Sound Mind is Everything We Could Ask For in a Classic Psychological Horror