Every two or three or sometimes fewer months, Nintendo releases a Nintendo Direct to showcase upcoming games. We get all sorts of surprises and things to look forward to. People love it. It seems that Square Enix is wanting to get in on the hype as well. Today, Square Enix has announced something called Square Enix Presents, which will be a series of digital shows to update fans on what to expect from their favorite Square Enix games, both upcoming and in continued development. Hopefully, some rumors and speculation of late will be answered soon. 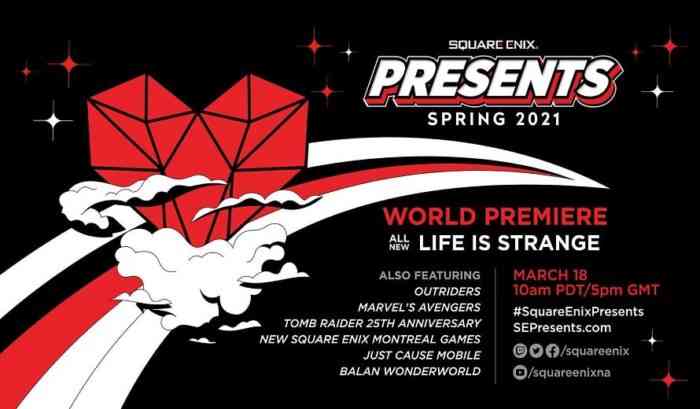 One of the big stories of the day is that Life Is Strange 3 will be premiered next week. This will serve as the main event of the inaugural Square Enix Presents. We will also see news on Marvel’s Avengers, Outriders, a Just Cause mobile game, Balan Wonderworld, Tomb Raider 25th Anniversary, and new games from Square Enix Montreal. You can bet that Crystal Dynamics will focus on the upcoming Hawkeye content in Marvel’s Avengers, which will also launch on that day. Hopefully, they will also shed some light on the leaked Tomb Raider: Definitive Survivor Trilogy.

Will you be tuning in to check out the freshest announcements? Let us know in the comments below.