After months of speculation, Square Enix have quietly announced that a new Life is Strange game, starring “an all-new protagonist wielding an exciting new power,” is in the works, and will officially be revealed at the Square Enix Presents showcase on March 18th, streaming on their official YouTube and Twitch channels at 1 PM EDT/10 AM EDT.

For those of you who’ve missed the series so far, the Life is Strange franchise focuses on small-scale superheroes. Each main game features a character who has some form of superpower which influences gameplay. The first Life is Strange sees protagonist Max using her newly-discovered ability to manipulate time team up with her old friend Chloe to solve a missing person’s case, even as reality seemingly crumbles around them, whereas Life is Strange 2 sees hero Sean trying to escape to Mexico with his telekinetic brother after a misunderstanding with the police sees their father dead, and them on the run.

The games have drawn rave reviews not just for their intricate storytelling and design but their tackling of social issues, such as rape culture and institutionalized racism. Both main games in the series thus far, as well as prequel game Before the Storm, have also given players the opportunity to choose a same-sex love interest for their hero, and arguably both of these love interests are more interesting than the alternatives (did anyone pick Warren over Chloe? At all? Ever?) 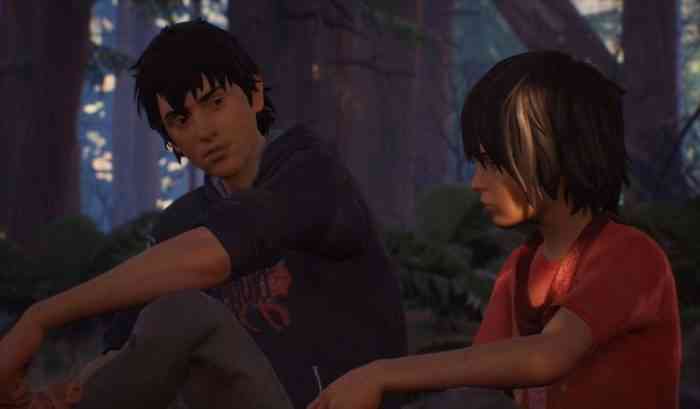 Details on the new game are scant, but rumors are flying that it will be called Life is Strange: True Colours, and follow a telepathic Asian-American girl called Alex. Given the fun that Life is Strange has previously had with its decision mechanics – giving Max the chance to rewind time and try to get a different result, or influencing Daniel’s upbringing with your decisions in Life is Strange 2 – it’d definitely be an interesting twist to be able to see exactly what someone is thinking even as you’re talking to them. Perhaps we’ll see some puzzle mechanics akin to Dontnod’s earlier game, Remember Me? Either way, a new Life is Strange game is coming, and we’re going to get a brand new adventure that is 100% going to make us cry.

If you could have a superpower, what would it be? Let us know in the comments, on Twitter, or on Facebook.