The Outer Worlds fans will be wanting to return to the game this month. The second piece of DLC, Murder on Eridanos will be available on March 17th. This DLC is obviously a murder/mystery drawing inspiration from the classic 1934 novel Murder on the Orient Express, which has had film adaptations made in 1974 and 2017. Today, an announcement trailer was released, setting up the mystery that players will have to uncover. The story appears to be part of the in-game fictional series Terror on Monarch with Halcyon Helen. 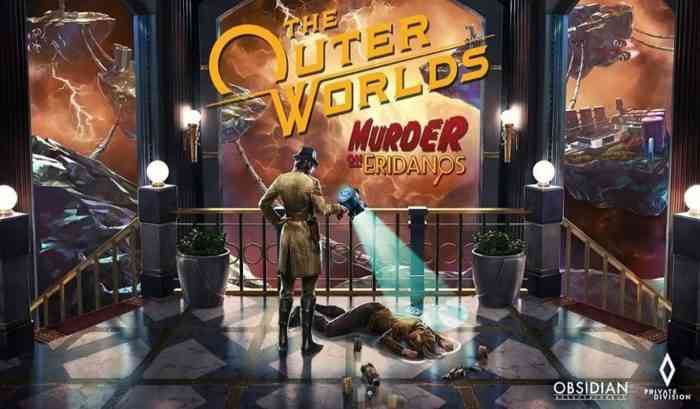 She knew the killer! In a noire-style short, the trailer shows us Ruth Bellamy as Halcyon Helen in her office, narrating part of her investigation. Someone enters her office, who she recognizes, but she is murdered before we can see who it is. Before her murder, Halcyon Helen was working on a case to avenge her partner and ex-partner. It sounds like in order to solve the murder of Helen, the player will also have to solve the case she had also been working on and find out who wanted her dead. Classic. Classic!

It has been about six months since the first DLC was released, Peril on Gorgon. If this pattern continues, we might see a third piece of DLC in September. Murder on Eridanos will be available on March 17th for PC, Xbox One, and PS4 players, but it appears that Nintendo Switch owners will have to wait a while longer. The Outer Worlds is available now for PC, Xbox One, PS4, and Nintendo Switch.

Will you be booting up The Outer Worlds for this DLC? Let us know in the comments below.