Say Hello to An Old Friend – And Some New Ones, Too

Let’s face it – we all could have predicted a graphical upgrade for Final Fantasy VII Remake. The game released in the last year of the PS4’s lifespan, and with the story still not finished players will want to replay the first part at the same graphical level as the sequels. What we couldn’t have expected is that we’d be getting quite as big an upgrade.

Apart from the aforementioned graphics (which look gorgeous, especially the new lighting system) and quality of life upgrades such as a new difficulty mode we’re getting a whole new chapter, Intergrade, starring fan-favorite Yuffie.

Players who played the original will remember that Yuffie was an optional party member – although one I (personally) kept as one of my main party members. The spunky ninja and thief went on to make guest appearances in the Kingdom Hearts series, and fans have been wondering how she’d be integrated into the remake – well, worry not, as we finally have some answers, and they’re doozies.

This time around, Yuffie is working as an operative for the New Wutai government, teaming up with Avalanche to help take down Shinra. Story-wise the chapter seems to fill the gap where Cloud is separated from Barrett and Tifa, with Yuffie getting a companion of her own – newbie to the game, Sonon Kusakube. 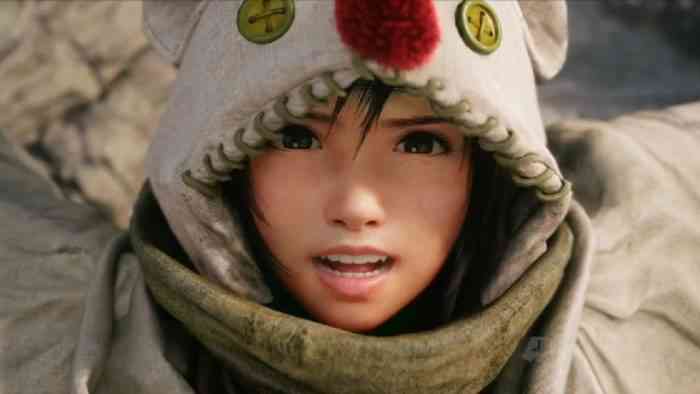 We also get a glimpse of Yuffie’s skills – not just in battle, but in the field. All that ninja training has paid off as she can wallrun and pull of the sort of quick, acrobatic feats even Tifa would struggle with, as well as teaming up with Sonon in battle for deadly combo attacks – something we’ll see integrated in future games for other characters, perhaps? Given the already significant diversions from the source material – Yuffie doesn’t initially interact with Cloud’s party until after he leaves Midgar – it’s possible that we’ll even see him as a party member in future games.