New Returnal Trailer Shown off at PlayStation State of Play

Get Ready for PS5’s Biggest Original Challenge Yet

Returnal got some new footage at February’s State of Play, showcasing some of the new features and enemies that we can expect, – and boy, are we in for a treat.

Returnal puts you in the shoes of Selene, an astro-scout drawn to a mysterious planet by an equally mysterious message: White Shadow. As she explores the planet she’ll die over and over again, only to resurrect on a planet that’s changed, meaning that whatever the path she forged or challenges she faced previously, she’ll need to face something new, with many different enemy types with their own skills and weaknesses, as well as enough weapon augments, traversal techniques, artifacts, and parasites to give yourself an unpredictable edge.

The new video also gave us a glimpse of the promised deep and engaging story – apart from the first mention of White Shadow – the signal which begins Selene’s adventure – we see Selene seemingly reliving twisted versions of her memories, beginning with her exploration of a house which, she claims, is just as she left it – and shouldn’t be there. Perhaps the mysterious planet is Earth, in some Planet of the Apes-esque twist, or perhaps Selene’s connection to the planet runs deeper than anticipated – after all, there has to be a reason that the words White Shadow Selene ignores the flashing red “Approach Forbidden” message on her screen. 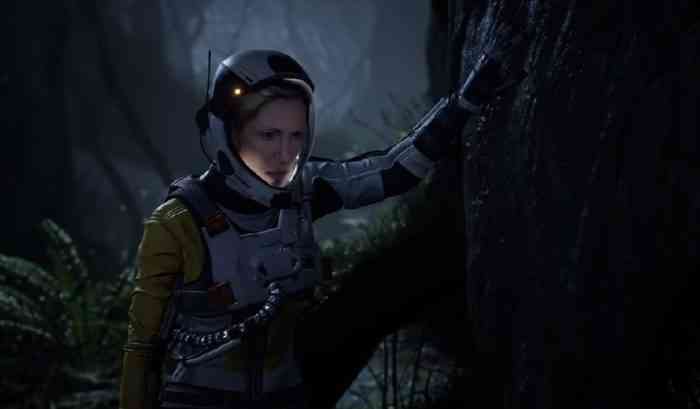 Whatever the case, it’s fair to say that Returnal has a lot of excitement considering we know very little about the actual game. We don’t even know how the storyline will be incorporated into the roguelike game, i.e. whether progress is tied to certain landmarks or other key events. What we do know is that we can’t wait to unravel the mystery.