The Steam Game Festival Has Begun, Runs Until Feb. 9

It’s still very early in the year and that means there are a lot of video game releases to look forward to later this year. The annual Steam Game Festival started today and will highlight some of the exciting titles releasing this year in a special week-long event. The festival started this afternoon and will continue to run until Feb 9. at 10:00 AM PST. 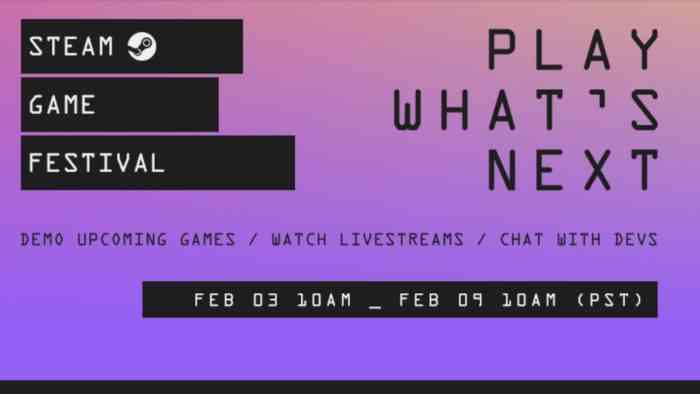 The Steam Game Festival is a spotlight event on Steam that offers Indie developers a platform to showcase their upcoming projects. There are a ton of games included in this year’s festival, most of which are offering demos, livestreams, and chats with the developers over the next week.

The event page includes a “Now Broadcasting” section featuring livestreams from developers playing and discussing their upcoming games. You can switch between the livestreams by clicking on one of the active streams on the side of the video player. Right below the stream you can find an event schedule with all of the developer’s livestreams throughout the week.

You’ll notice some specific sections catered to you including “On Your Wishlist” and “Recommended for You”. As well as “Popular Upcoming”, “Trending Upcoming” and a few additional sections down below.

Some of the highlights you’ll want to check out during the event include Little Nightmares 2 whose demo released last month, Loop Hero which we previewed last month, the long-awaited Windjammers 2 which was unfortunately delayed last year, and Foregone –a Dead Cells-esque action platformer.

Have you checked out any of the games included in the festival? What did you think? Let us know down in the comments, or hit us up on Twitter or Facebook.