The First Expansion of the Year is Available For Pre-Purchase, too

Just when you thought Blizzard was done, they’re back at it again with a massive Hearthstone update. These coming weeks will bring a new era to the game: the Year of the Gryphon, which the press release declares will “introduce large-scale changes, hundreds of new cards, and bring thrilling new ways to play. The Year of the Gryphon will lift off with its first new expansion Forged in the Barrens™, inspired by the iconic World of Warcraft® locale where millions of brave Horde adventurers cut their teeth (or tusks) and began forging their legends.”

If that sounds like a good time to you, strap in, because we’re just getting started. At the same time, Hearthstone will be launching its new Core set, which will replace the existing Basic and Classic with 235 curated cards, new and previously released alike. The Core set will reinvigorate the game for veterans and new players alike. And if that’s not enough, the new Classic format will also be launching alongside the Core set, allowing players to build decks and battle with Hearthstone‘s original 2014 card sets. Talk about a blast from the past! The upcoming single-player and competitive game mode Hearthstone Mercenaries is also coming later this year, adding even more cool stuff to the schedule. And that’s not even touching on the new Tavern Pass.

“The Year of the Gryphon will be yet another exciting and eventful year filled with new content and new experiences in Hearthstone,” said J. Allen Brack, president of Blizzard Entertainment. “Forged in the Barrens will take us to a place straight out of World of Warcraft that’s dear to us and to many of our players, the new Core set will continue to shake up the game on an annual basis, and Hearthstone Mercenaries and the new Classic mode will introduce even more awesome ways to play.” 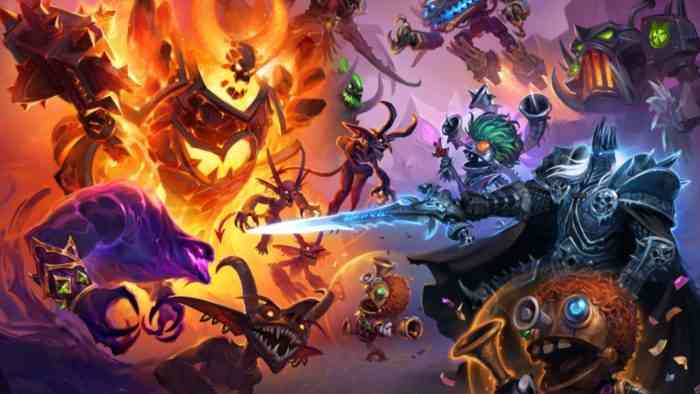 What Hearthstone update are you most looking forward to? Let us know down in the comments, or hit us up on Twitter or Facebook.