Hearthstone Brings the Demon Hunter Class to the TCG

WoW’s most iconic Demon Hunter, Illidan Stormrage is coming to Blizzard’s TCG Hearthstone. The Demon Hunter is being introduced alongside the annual set rotation, which happens to be when the overall card pool is at its smallest so the class should give gamers of the Blizzard TCG more meta to master.  There will be 10 “Basic” Demon Hunter cards, as well as 20 “Initiate” Demon Hunter cards when the new set releases for free for all players on April 7th for mobile, Mac and PC. 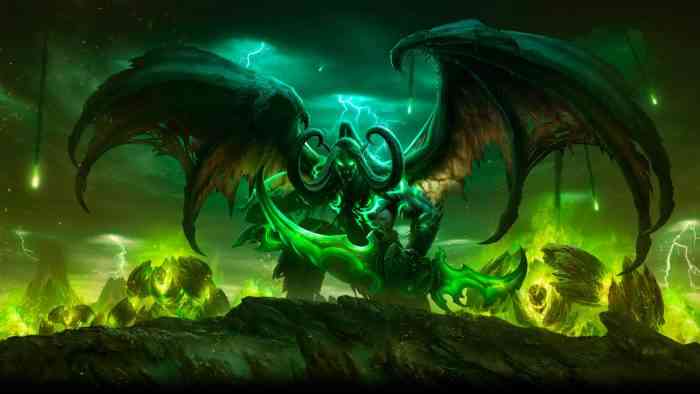 Hearthstone fans who play the game on April 2nd will gain access to four single-player missions that tell the origin story of Illidan Stormrage in case you’re a recent fan. The demon hunter apparently plays similarly to the Warlock and Rogue due to sacrifices and Lifesteal. Outcast is the Demon Hunter version of the Rogue’s Combo but it only triggers when the card is positioned to the far left or right of your hand, forcing gamers to play cards in a specific order.

Apparently the best way to counter the Demon Hunter according to some pros is playing as a control Warrior. The Warglaives of Azzinoth make an appearance with this Illidan Stormrage set, with a 5-Mana 3/4 weapon that can attack again after attacking a demon. Consume Magic allows the Demon Hunter to silence an enemy minion and the Outcast effect for it is draw a card.

Demon Claws is an ability that’s similar to an existing Druid ability and it costs 1 Mana for +1 Attack for your hero. Illidari Felblade is a 4-Mana minion with Rush that can gain Immune when Outcast is triggered.

Are you a fan of the Demon Hunter in World of Warcraft? Will you be trying out the new Hearthstone set? Let us know in the comments below!

Verdansk Will Return In Call of Duty: Warzone Mobile Soon
Next
GDC 2020 Happening in August After Being Postponed
Previous
Valve is Excited to See Mods That Bring Half-Life: Alyx Out of VR