Hearthstone Trophy Is the Latest Plastic Award to Break on Air

To the Victor Goes the Tinfoil

In the world of eSports and video game competitions, there is a strange tradition, or should I say phenomenon, where the trophies fall apart upon being awarded. The latest is the Hearthstone trophy that was given to Canadian competitor Eddie Liu when he won the Bucharest Master Tour Championship. The trophy was handed to him and when he went to lift it over his head in victorious fashion, the jewel falls off onto the floor. The feed immediately cuts away to the commentators in embarrassment. 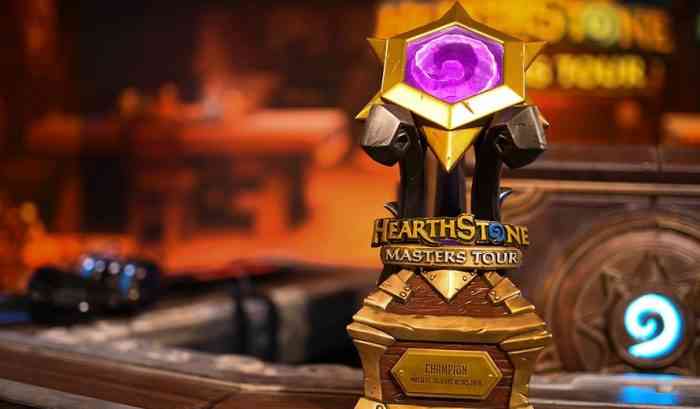 Everyone has a sense of humor about the situation, perhaps because this is such a common occurrence. Another of Blizzard’s trophies for Overwatch fell apart at the handles when the winning team RunAway lifted it off its display. During the awarding ceremony of a Junior Pokémon TCG tournament, a trophy for the runner-up broke in a disappointed child’s hands. Another trophy broke just like the Hearthstone incident last year for a Rocket League tournament. Lastly, a CS:GO trophy broke into as many parts as there were players on the winning team.

It’s a good thing that these tournaments are mainly played for the prize money. It appears that the tournament sponsors cut corners on the trophies to maximize the monetary awards. Perhaps they should invest in a soldering kit instead of just glue and faith. There could be an America’s Funniest Home Videos esports special from this tradition.

Which of these mishaps is your favourite? Let us know in the comments below.