Let’s face it; despite the best efforts of developers, the works of HP Lovecraft has never had a great – or even necessarily good – adaptation. The closest we came was Eternal Darkness: Sanity’s Requiem, which while wearing its Lovecraftian influences on its sleeve with its tale of parallel universes and eldritch horrors, isn’t an official part of the Lovecraft canon.

Arkham Horror: Mother’s Embrace is an adaptation of the popular board game and tasks players with attempting to solve the murder of an astronomy professor. In true Lovecraftian fashion not everything is what it seems, as a cult is working to bring the Old Ones to Earth.

Here are some of the main takeaways from the gameplay reveal:

While we’ve seen games like The Sinking City, Shadow Hearts, or the aforementioned Eternal Darkness use sanity as a gameplay mechanic (in fact what we see here seems to be a combo of the latter two game’s approach) it looks like Arkham Horror will vary in that some of the sanity effects may be permanent, giving characters new traumas to deal with, as well as granting enemies powerful boons such as increased defense against certain forms of attack. 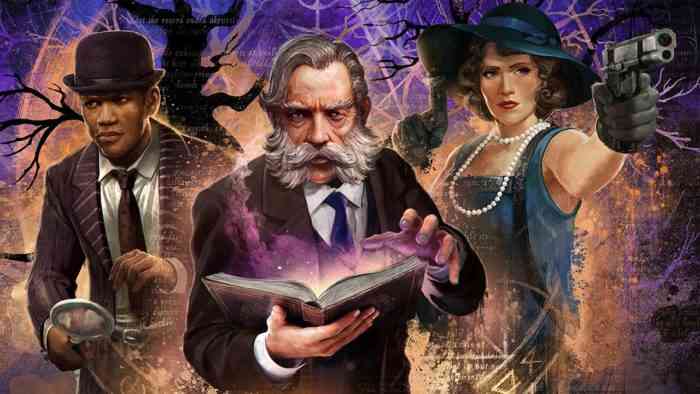 The game’s due for release in Q1 this year – which we’re already in, so expect an official release date soon – and you can experience the madness for yourself on PS4, Switch, Xbox One, or PC.

Are you excited for Arkham Horror: Mother’s Embrace? Let us know in the comments, on Twitter, or on Facebook.

Arkham Horror: Mother’s Embrace Creeps Onto PC and Consoles
Next
A New PS5 Patent Will Match Your Challenge to Your Skills
Previous
Stellaris: Nemesis Allows Players to Save or Destroy the Galaxy