Sea of Thieves Season 1 Is Here

Towards the end of last year, Rare Studios confirmed that seasons and battle passes would be joining Sea of Thieves this year, and the first one has officially commenced. Season 1 includes new gameplay features, rewards, and live events, while the battle pass will include tons of content that Sea of Thieves pirates can progress towards. Sea of Thieves is available right now for Xbox One, Xbox Series X/S, PC, and through the extensive Xbox Game Pass Ultimate lineup. 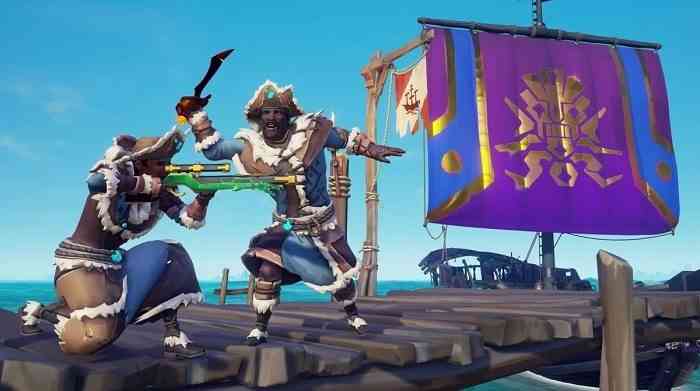 Sea of Thieves Season 1 will apparently take several months to complete, with live events being sprinkled throughout to bring in fans of all types periodically. Gamers will progress through Sea of Thieves Season 1 by winning Renown, which is dependant on handing in loot just as many reputations. There are 100 levels of Renown across 10 tiers of progression to play through, each with unique rewards to unlock on the way.

Sea of Thieves fans that opt for the premium Plunder Pass will get more rewards than pirates that are progressing through the free pass just as you’d expect from any battle pass. In Season One, the new Merchant Alliance Voyage has become a permanent fixture in the game, while new events and challenges will be introduced throughout the Season.

There are plenty of rewards for Sea of Thieves players to unlock without the Plunder Pass, including in-game currency, cosmetic items, emotes, and more. Some content will be locked behind the Plunder Pass but nobody is missing out on the new season system thanks to how Rare Studios is rolling content out to the pirate simulator. Are you playing Sea of Thieves Season 1? Let us know in the comments below!

Xbox Quietly Had An Incredible Summer, Here is Why
Next
Xbox Game Pass Reaches 18 Million Subscribers
Previous
Great Deals on New Gear to Help You Clear Out That Backlog