Tomb Raider and Maneater Are the Next PS Plus Freebies

PlayStation has officially revealed the upcoming PS Plus freebies for January, and it’s looking like a big month for subscribers. PS Plus subscribers will get three titles next month: Maneater, Shadow of the Tomb Raider, and Greedfall. These games can all be played on the PS4, or on the PS5 through backward compatibility. Both Maneater and Shadow of the Tomb Raider are lengthy experiences with replay value, while Greedfall is a captivating historical-fantasy RPG. PS Plus is available right now for PS4 and PS5 at a yearly subscription cost of $59.99 per year. 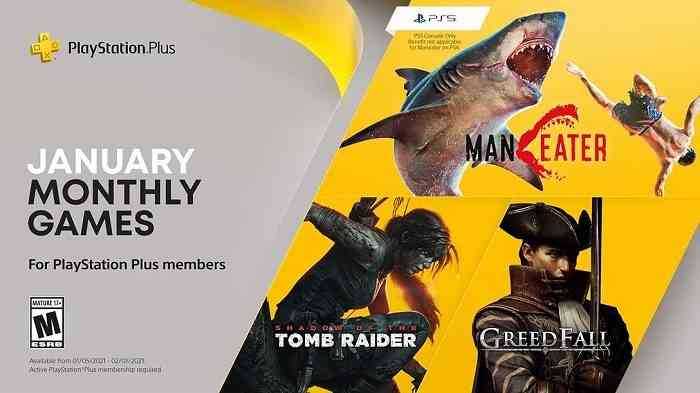 Maneater is a comedic and intense shark simulation game that immediately garnered a cult following when it released. This shark sim feels like a mix of Katamari and Goat Simulator but it also includes RPG elements and gore that you’d expect from a shark going on a rampage similar to the infamous shark in Stephen Spielberg’s 1975 classic Jaws. Greedfall is a historical-fantasy RPG, meaning it blends elements of our history with magic and sorcery akin to Game of Thrones. Gamers will be able to shape their ideal Greedfall character by optimizing their abilities, spells, and skills.

Which of these PS Plus freebies will you be downloading next month? Let us know in the comments below!